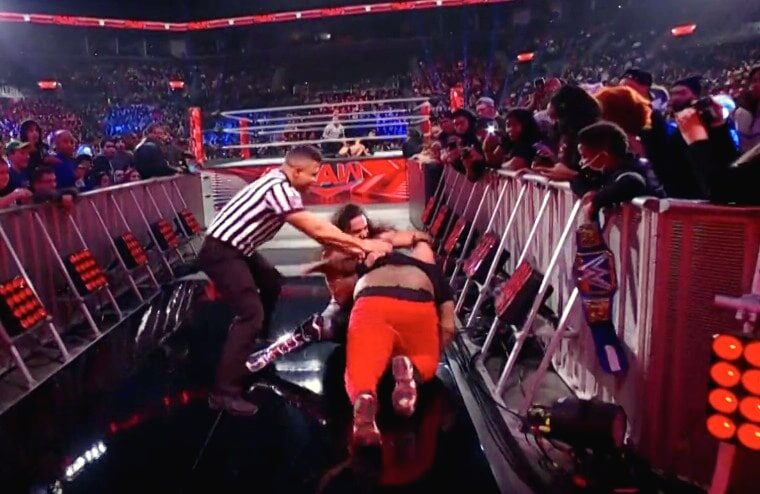 Following a segment between Seth Rollins and Finn Bálor on Raw, a so-called fan would jump Rollins as he walked back down the aisle. The attack was only shown briefly on screen as WWE would cut away to a replay. However, a fan in attendance would capture the scary incident on their phone and share it on social media. This can be viewed below.

Thankfully Rollins was unhurt, and not long after the incident, WWE issued a statement to an ESPN reporter confirming that they intended to prosecute the fan to the fullest exists of the law. Later, it would be reported that a 24-year old individual named Elisah Spencer had been charged with attempted assault and attempted violation of arts and cultural affairs.

WWE takes the safety of its performers very seriously. The individual who attacked Seth Rollins has been turned over to the NYPD and will be prosecuted to the fullest extent of the law.

This isn’t the first time there has been a disturbance like this at the Barclays Center in Brooklyn, New York. As back in April 2019, Bret Hart was attacked by a fan during his Hart Foundation WWE Hall of Fame speech. Hart was able to conclude his speech, but it was a worrying situation, and it’s concerning that something so similar can occur again two years on.