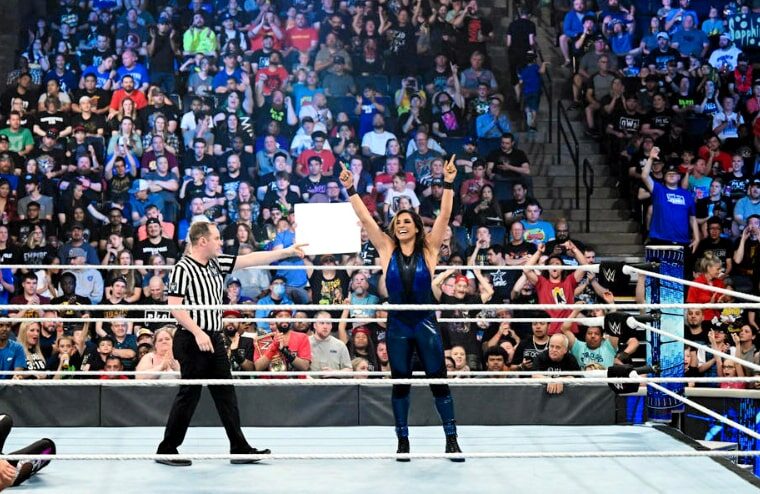 Earlier this week, it was reported that WWE had released Sasha Banks, and while the company has not officially confirmed this, it is strongly believed to be accurate. Now adding to this belief and showing how petty WWE can be, a fan sign which read “Sasha Krew 4 Life” has been photoshopped on WWE’s official SmackDown gallery. Comically now showing a fan holding a blank sign during Raquel Rodriguez’s post-match celebration.

The sign is still briefly visible in the official YouTube video of the bout. However, the camera cuts away from it incredibly quickly, and Rodriguez’s celebration is excluded, likely because this is where the sign was most prominent. Precisely why WWE didn’t simply exclude the photo isn’t known, but it has been noted and widely circulated online and likely drawn more attention to Banks’ possible release than by just ignoring it.