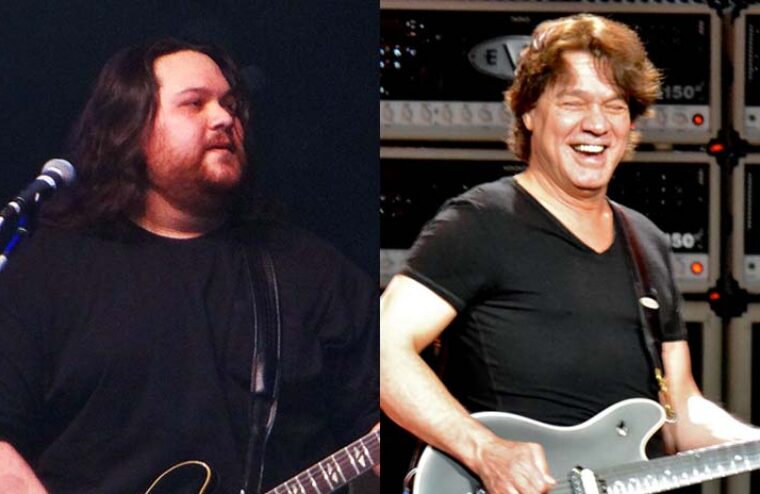 Talks of an Eddie Van Halen tribute concert have surfaced again across rock headlines after former Van Halen singer Sammy Hagar told Rolling Stone: “… I’ll make a statement. If there was ever a situation where there was a Van Halen tribute in some kind of way with Alex, Mike, myself, Dave, if he would cooperate, and Wolfie playing Eddie’s parts, now that would be worthy of calling ‘Van Halen,’ for a moment. Wolfie would be crazy to drop his life and his creativity and his career to be his dad’s mimic. But for a moment, it could be great.”

Speaking with Classic Rock, Eddie’s son Wolfgang further elaborated why a tribute concert for his father hasn’t happened, and that it’s unlikely to come to fruition. He also said he felt that his performances at the Taylor Hawkins Tribute Concerts with The Darkness singer Justin Hawkins served as his own way of honoring his father.

“I think I already did it with the Taylor Hawkins tributes,” he explained. “I feel a lot of closure because my part of the show was a tribute to my father. When it comes to Van Halen and entities surrounding the band it’s unfortunate, certainly compared to Foo Fighters who have their sh*t together with interpersonal relationships.”

“I don’t know what it is with some bands but certain personalities just can’t get over themselves to work collectively for one purpose. That’s been the curse of Van Halen for its entire career. So my playing at the Taylor shows delivered that catharsis without the stresses of dealing with the Van Halen camp, and the players involved. Their camp is very dysfunctional — everyone! Hell, it was difficult to make plans even when the band was active.”

Wolfgang also responded to Hagar’s recent comments that he would “love to play those songs again” by saying: “He said that, but he also said he wouldn’t. Sammy said two different things. No… I feel that I’ve said my piece, and if the Taylor concerts are all that happens then I’m happy with that.”

Earlier this year, former Metallica bassist Jason Newsted leaked that a Van Halen tribute show and/or tour was possibly in the works. Guitarist Joe Satriani further elaborated that he had been in talks with drummer Alex Van Halen and singer David Lee Roth about doing something to honor Eddie Van Halen.

Roth even commented: “IN MY MIND, “VAN HALEN 4K”, IN THE AGE OF COVID IS GOING TO REQUIRE TWO OF US FOR EVERY POSITION. SATRIANI AND LUKATHER, ANTHONY AND NEWSTED, AL OR TOMMY LEE. PROBABLY THE ONLY ONE WHO COULD DO MY JOB TODAY WOULD BE PINK.”