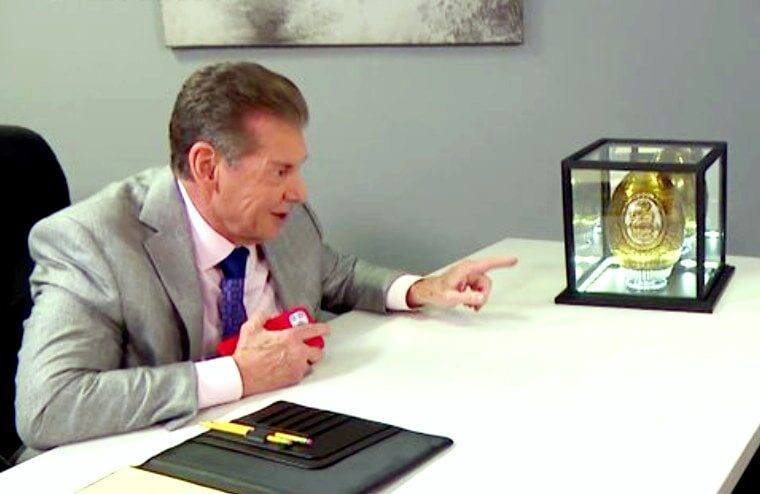 The Survivor Series was built around the 25th anniversary of The Rock’s WWE debut. However, instead of The Rock appearing, disappointing fans would see an angle based around a prop from his newest movie Red Notice. In the angle, Vince McMahon would arrive at the arena in a limo clutching a golden egg, which was apparently worth $100 million. Predictably the egg would go missing, and now McMahon looks set to find the culprit on Raw.

To say it is an odd storyline would be an understatement, and many fans have wondered why WWE would waste so much tie on something that will inevitably lead to nothing. Now though, PWInsider has reported that WWE has written the bizarre storyline because Netflix is paying them very well to promote the movie.

The Vince McMahon missing egg story is 100% a Netflix paid promotional partnership to push “Red Notice.” That storyline is expected to wrap up tonight, having made the company quite a nice payday.

WWE has established a relationship with Netflix in recent years, working with the streaming service on The Big Show Show and The Main Event, with a Vince McMahon documentary set for the future. This also isn’t the first time WWE has worked with Netflix to promote one of their original movies. As earlier this year, zombies would be featured in match between The Miz and Damian Priest to promote the movie Army of the Dead, which starred Batista. Seemingly showing that potentially any Netflix movie featuring a former WWE star could now be incorporated into WWE television if the price is right.