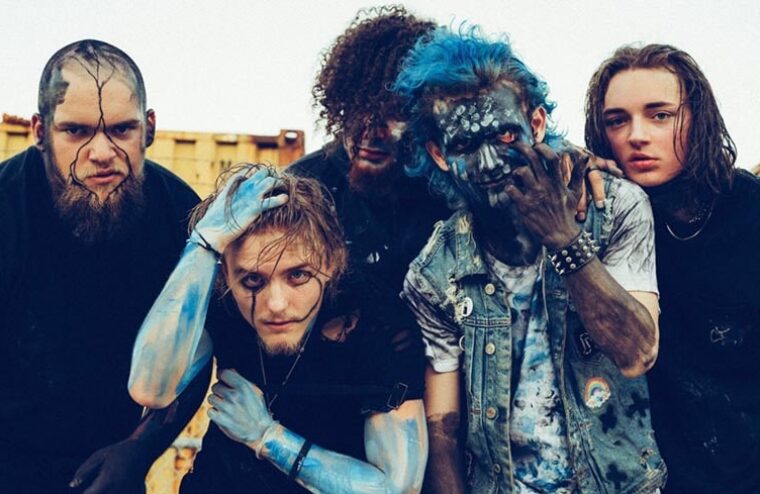 Corey Taylor’s son, Griffin, formed the heavy metal band Vended in 2018. Last year, Griffin revealed that the band has received online backlash for their similarities to his father’s band, Slipknot. “For me, I do see people’s responses to it, and I get a lot of great responses, because I love the crowd — I love the fans because they’ve been there for my dad and they will be there for me and I will not force them to be,” the 19-year-old Griffin told Knotfest’s Ryan J. Downey.

“But we do get backlash because of the comparison and the similarities (to Slipknot). But we are different. And there have been times where I’ve read some hate comments on YouTube and I literally went into the bathtub, filled the bathtub up and just immediately started crying. I was just so f—ing in a bad place before we got here. And now I’m in a good place because I’m with my friends.”

Vended also features Simon Crahan, who is the son of Slipknot percussionist Shawn Crahan. Recently Simon told Kerrang: “Yeah, we got more help than other bands do and I’m honest about that,” he said. “I’m not going to say we didn’t because that’s not fair to who our fathers are. They’ve helped us, but they have never, ever, ever, written our music, never showed us how to play, never showed us how to perform onstage, they’ve never done any of that. When people say, ‘Oh, Griffin’s dad’s probably showing him how to scream how he does,’ Griff is learning on his f*cking own.”

Griffin added: “We didn’t get our parents’ musical talent. We found that on our own.” Vended recently hit the road with Slipknot in Europe, and some fans have said that it’s unfair that they got the slot. Griffin said the comments are hypocritical, and that people who are criticizing them would do the same thing. “It’s good for us to be around the people who really showed us what music was really about. Yeah, people are p*ssed off, but if you were in our position, you would take the tour, so shut the f*ck up.”

Vended recently released the new single, “Ded To Me.” Slipknot has also released four songs from their forthcoming album, “The End So Far.”