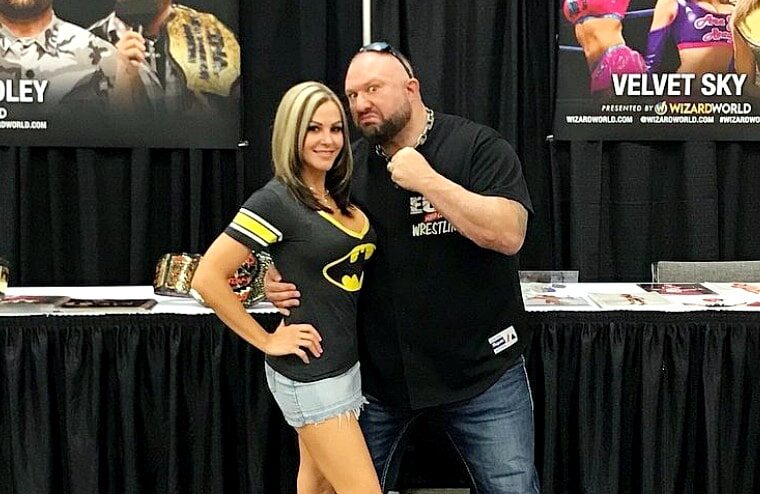 Bully Ray and Velvet Sky have been a high-profile wrestling couple since May 2016. Sadly, the former TNA Knockout has announced to her Twitter followers that the pair are no longer in a relationship noting it would be the only public comment. She would, though, confirm they had no animosity towards each other and wished each other well.

40-year-old Sky and 50-year-old Bully Ray would begin dating while she was working for TNA, and he was in WWE wrestling as Bubba Ray Dudley. They’d go on work together in Ring of Honor, with Ray making headlines after he had security take a fan backstage to see to him for heckling Sky. This resulted in ROH carrying out an internal investigation, and Ray would say he spoke to the individual for 30 seconds and told them to just be a fan.