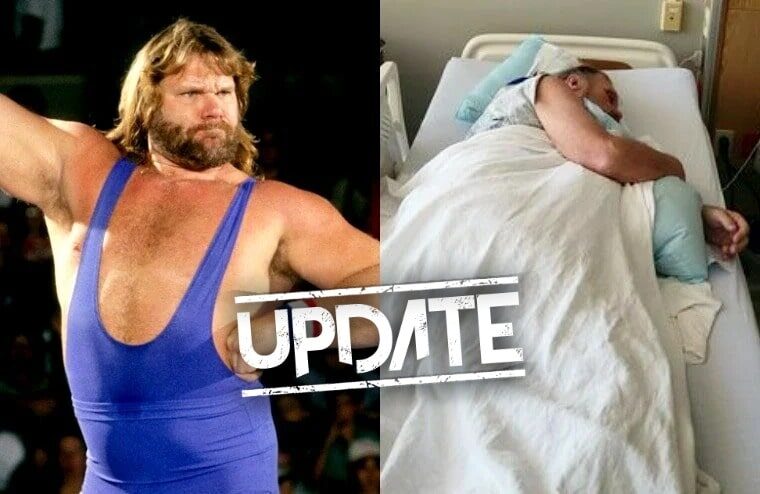 “Hacksaw” Jim Duggan has had multiple health concerns over the years. First, in 1998 he was diagnosed with kidney cancer which interrupted his WCW career Fortunately, though, he would overcome that and return to the ring. More recently, in 2019, he was diagnosed with an irregular heartbeat that required surgery, and later in the year, he underwent two more surgeries for what was described as a “serious infection.”

Sadly on Tuesday morning, his wife Debra would share on social media that he was admitted to hospital and required emergency surgery. What the operation was for is remains unknown. Still, thankfully, it has been confirmed that everything went well, and as you can see in the photograph below, Duggan is giving his trademark thumbs-up.

Duggan began wrestling in 1979 after an injury cost him his NFL career, and the WWE Hall of Famer was still wrestling until mid-2019 when his health issues caused him to retire. Despite not being regarded as a great worker, his charisma and patriotic crowd-pleasing gimmick made him one of the biggest babyfaces in the 80s and into the 90s, where he worked for both WWE and WCW. Hopefully, he can now make a full recovery, and his fans can again get the opportunity to meet him at conventions and get their 2×4’s autographed.