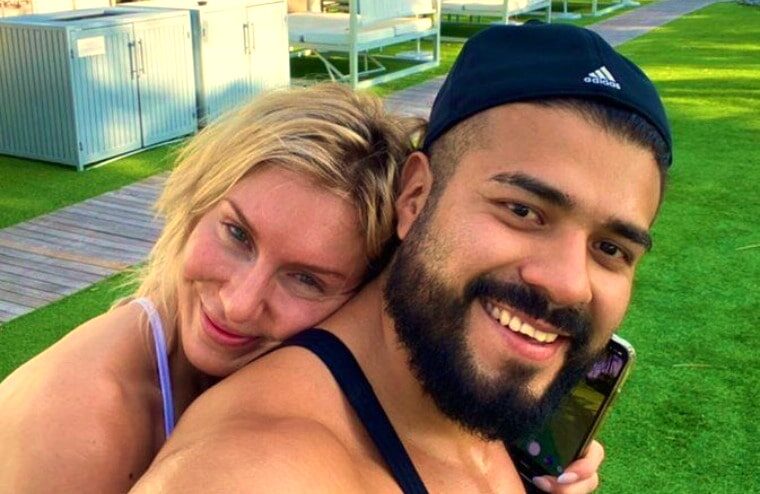 Charlotte Flair and Andrade went public with their relationship in 2019, and they kicked 2020 off on a high note by announcing on their social media accounts that they were engaged. At that time, both of their careers were on a high, with Andrade having just defeated Rey Mysterio for the United States Championship and Charlotte being less than a month away from winning the women’s Royal Rumble match. Since then, Andrade departed WWE and is now signed with AEW, while Charlotte remains a vital part of WWE television.

Rumors would start last month that the pair relationship may have ended when eagle-eyed fans spotted Andrade had unfollowed Charlotte on social media. However, at the time that it was simply speculation. Now though, it has been reported that the couple has recently-separated. While full details as to precisely why aren’t known, it is said that Charlotte was the one to end their engagement.

After speaking with multiple sources I can confirm that the two are no longer together. Sources indicated that the break-up did not appear to be mutual and that it was Charlotte who ended the relationship.Cassidy Haynes of Bodyslam

Charlotte’s legendary father, Ric Flair, would accompany Andrade at TripleMania earlier this year in a failed attempt to win AAA’s Mega Championship from Kenny Omega. The belief was the pair would soon to working together in AEW. Regrettably, though, for Ric Flair, past allegations against him would resurface, which ended those plans. In hindsight, it probably is for the best with Charlotte and Andrade no longer being romantically involved as it caused have led to an awkward situation.