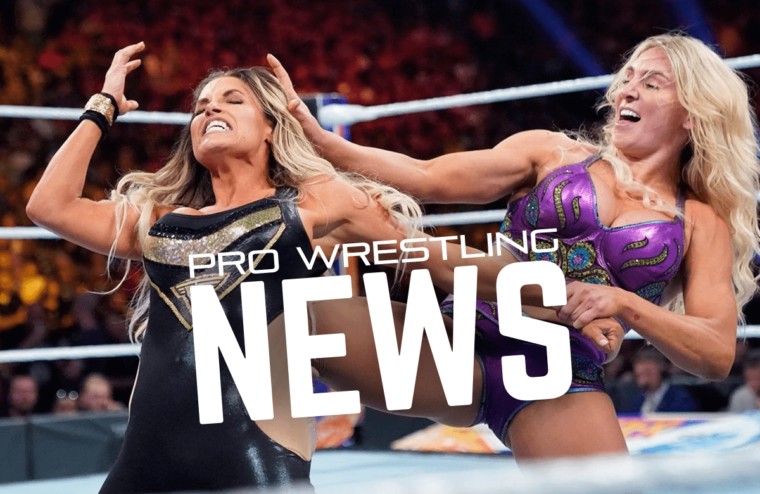 SummerSlam 2019 was a memorable night with championships defended and Hall of Famers coming back to compete one more time.

One Hall of Famer who made a return to the ring and her hometown of Toronto was Trish Stratus.

During SummerSlam week, Trish Stratus made it known that this would be her final match.

Saying in an interview with Inside The Ropes, “It just feels right, the situation, all the elements. You have Charlotte Flair best of her generation, SummerSlam being the second biggest pay per-view for WWE and it just feels right. You know, I’m getting up in age, but this is gonna be such a special moment that I don’t think you can recreate that. I feel like this is a good moment to be like ‘thank you and goodnight’ ”

On if and why she chose Charlotte Flair to compete against at SummerSlam, “100 per cent. She’s an amazing athlete and an incredible performer and she is the representative of the current generation. Watching her in the ring, seeing her come up, I knew her as Ric Flair’s daughter and saying “you’re gonna get into this” so it’s surreal that now we’re facing off. I thrive on challenge and I’m looking forward to stepping in the ring with a performer at that level and seeing what it can bring out in me. It’s caused me to go deep and find my fire and tap into whatever I need to tap into to make this a memorable match.”

The match itself was high in drama and intensity as Stratus rallied hard against a beatdown from Flair. Even at one point putting Flair in a Figure Eight Leg Lock. A number of near falls for both competitors. Flair came close to defeat after being struck with a Chick Kick and Stratusfaction. Unfortunately, the hometown advantage wasn’t enough for the Hall of Famer to pick up the win. As Flair was able to lock in her Figure Eight Leg Lock and force Stratus to submit.

In what can be considered a passing of the torch, both women showed why they are considered among the top athletes of their generation.