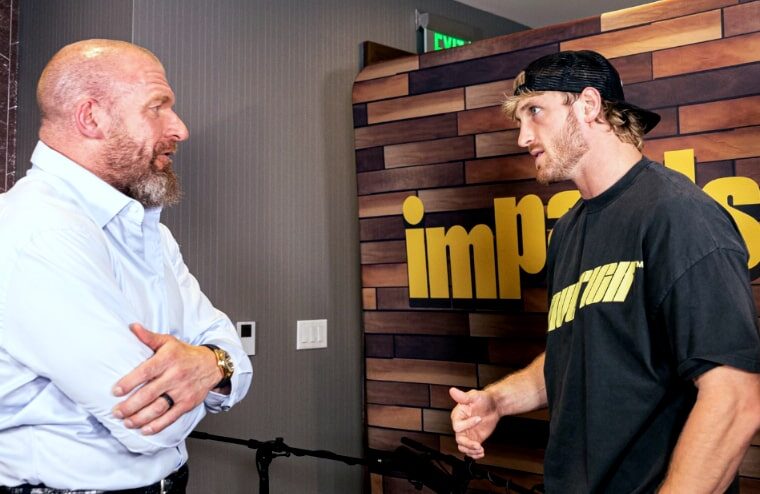 In the latest episode of Impaulsive podcast, YouTuber turned WWE superstar Logan Paul was joined by his new boss Triple H to discuss multiple wrestling-related topics. And while the podcast interview was clearly targeted at casual fans and those who have only gotten interested due to Paul’s involvement, Triple H did end up causing quite a stir on Twitter for one of his comments. This is because he put over Vince McMahon as being the man who had the vision to take wrestling from bars to a global audience. Resulting in fans calling him out for promoting WWE propaganda.

Anyone who knows anything about pro wrestling history is well aware this statement isn’t accurate, and this is just the narrative WWE likes to promote. In fact, one of the company’s most renowned legends Bruno Sammartino, was selling out Madison Square Garden before Vince McMahon was even involved in the business. And that is even before you begin to mention names like George Hackenschmidt and Frank Gotch, who were filling stadiums before Hulk Hogan was a twinkle in his father’s eye.

Obviously, Triple H knows the truth, given he was trained by Killer Kowalski and was inspired by Harley Race. Nevertheless, even in a post-Vince McMahon WWE, it’s still apparent his ideologies remain. And it may be some time before the company is prepared to admit big-time wrestling wasn’t created by McMahon in the 80s.