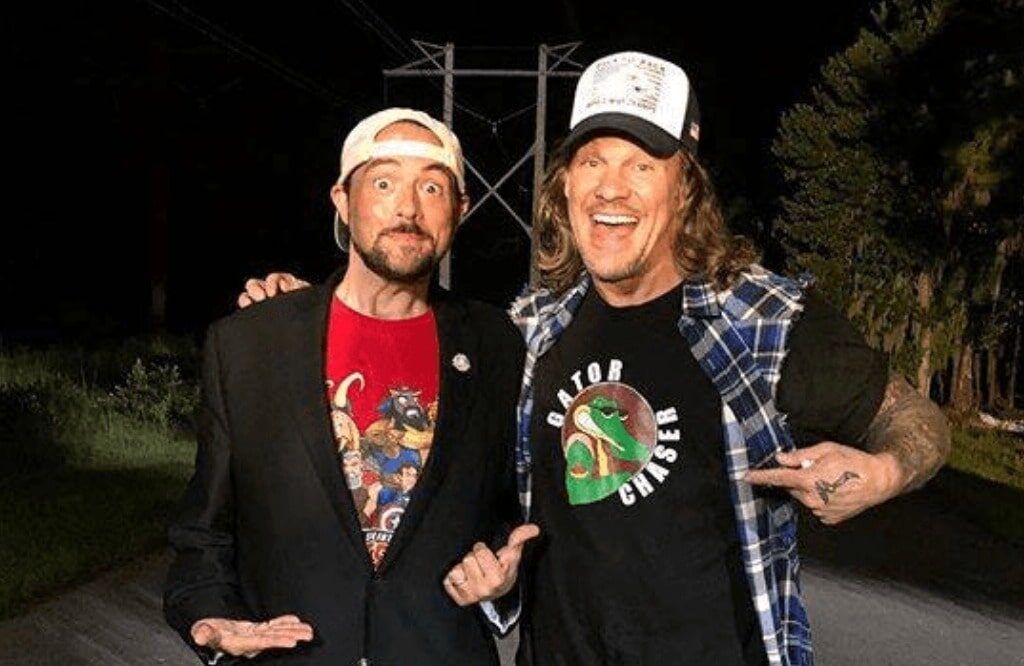 Initially, Kevin Smith and Andrew McElfresh wrote a script for a movie titled Anti-Claus but dropped the idea after the release of Krampus in 2015. They felt the concepts were too similar, but not wanting to let a good script go to waste, the pair revised it and created Killroy Was Here, a horror anthology movie inspired by the World War II graffiti of the same name. It seems a strange idea, Kevin Smith does a great job explaining it.

It’s got a theme that runs through it, in a much as our monster Killroy, and all of these little stories that happen around him, and his kinda like a kid avenger. If you fuck with kids, Killroy will show up. And he looks wonderfully goofy.

The cast includes Azita Ghanizada, Jason Mewes, Justin Kucsulain, Ryan O’Nan, Harley Quinn Smith, and our own Chris Jericho, who plays The Gator Chaser. The film was made with the collaboration of students from the Ringling College of Art and Design, and Smith has stated it should be out early 2021, but the end of 2020 is still a possibility.

You can watch the trailer below.