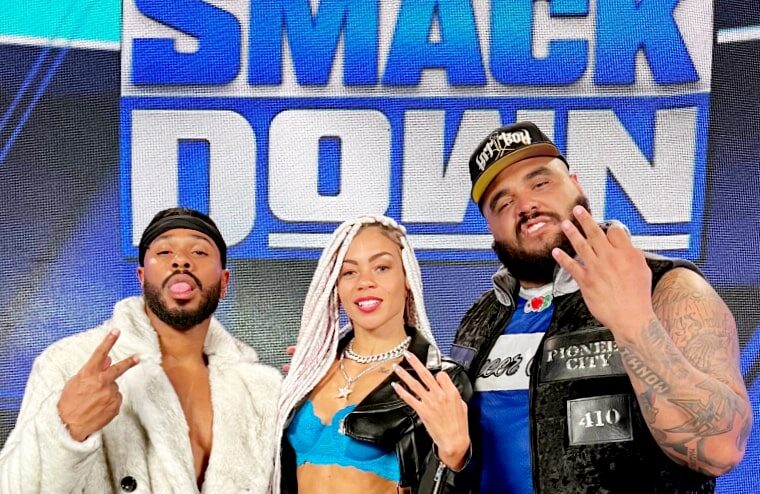 On Friday night’s SmackDown, Hit Row’s Top Dolla, B Fab, and Ashante “Thee” Adonis returned to WWE after being released by the company as part of budget cuts last year. However, while this was a surprise to many watching live, those who follow wrestling news online were already aware of this possibility, as PWInsider.com had reported the following day that Top Dolla would be backstage at the tapings. Top Dolla would go on to deny this in a tweet, but few believed him as so many wrestlers do this in similar circumstances. Now though, the former NFL player would acknowledge in a joking fashion that he was lying, saying he had to protect the pop.

While it’s known WWE will be bringing back several former talents under Triple H’s regime, Top Dolla came as a surprise to most. This was because he didn’t leave on the best terms after an offensive rap about Jinder Mahal generated heat on social media. Additionally, he was ghosted by the company with regards to WWE’s Most Wanted Treasures series on A&E despite hosting the first season. Nevertheless, Top Dolla would reveal during today’s episode of Busted Open that he did regularly keep in contact with Triple H despite his release, and when they spoke about a potential return, he was promised a clean slate.