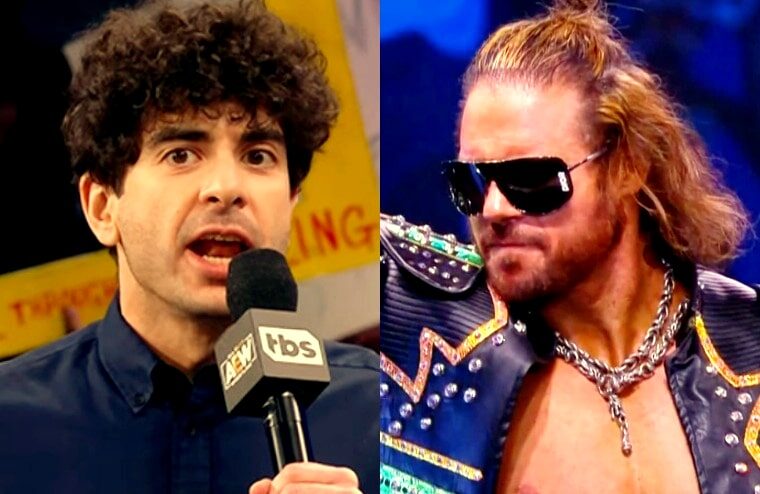 John Morrison, going by the name Johnny Elite made his AEW debut this past Wednesday by entering the Owen Hart Foundation men’s tournament in the mystery Joker slot. However, fans of the former WWE star were left disappointed after it wasn’t later announced he’d signed with AEW. Nevertheless, during a recent interview on Busted Open, AEW’s head-honcho Tony Khan would say it was great having him in AEW and commented on him being a great mentor to the younger wrestlers. Seemingly not ruling out a future return.

It was great to have Johnny Elite here. What a great match-up he had with Samoa Joe. It was a great way to make his debut in the Owen. That was tremendous, and really, I am very glad he was here. He’s a great mentor to some of the young wrestlers in the locker room and somebody I think fans have looked up to for a long time, and he went toe-to-toe with one of the toughest wrestlers in AEW.Tony Khan

AEW currently has a massive roster, and one common complaint among fans is that their favorite talents don’t receive enough television time. Therefore it’s understandable why Khan may be reluctant to bring in yet another wrestler full-time. Yet with wrestling promotions constantly needing to revamp their rosters to give fans new matches, it certainly wouldn’t be surprising to see Morrison again, with matches against Ricky Starks, Wheeler Yuta, and Sammy Guevara appealing.