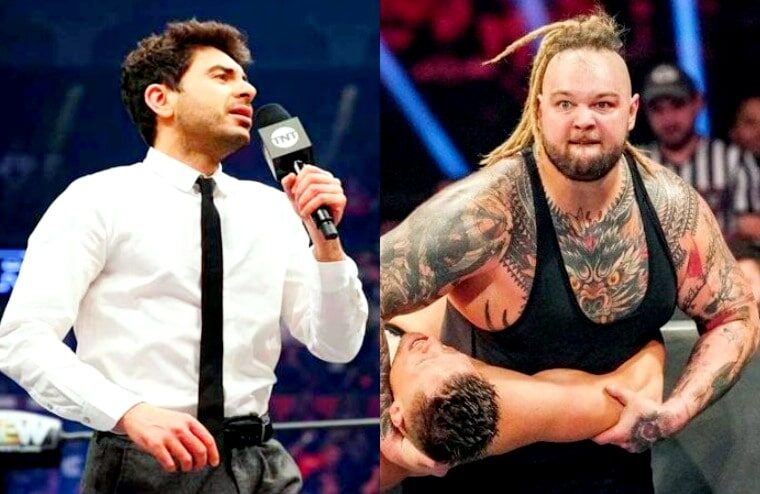 AEW has been in acquisition mode in recent months bringing in more and more talent, much of whom have previously worked for WWE. Arguably the most prominent name not currently with promotion is Bray Wyatt, and with his 90-day non-compete expiring at the end of October, there have been plenty of rumors that he could be the next to become All Elite. Now in an interview on WFan’s Moose & Maggie Show, Tony Khan has acknowledged these rumors and stated he knows Wyatt and considers him a great wrestler. However, AEW’s head honcho wouldn’t confirm if he was planning on signing him, likely knowing it could be perceived as contract tampering.

He’s a great wrestler, and I got to be honest, we haven’t really talked at all. I’ve known him in my personal life, and I’ve gotten to spend a little bit of time with him, but as far as that, we haven’t talked. I saw a bunch of rumors, but that’s not something anybody’s really talked about. I think – you never know.

Bray Wyatt was surprisingly released by WWE on July 31, just eight days before he was meant to return to Raw. The reason given for him being let go was budgetary cuts, although some people in the know have called that into question. Regardless of the actual reason, if Wyatt does indeed end up in AEW, he will need to be a new character, as he cannot use The Fiend gimmick due to it being WWE’s intellectual property. Although with words like genius and artist regularly used when describing the former WWE star, a fresh start will allow him to display his creative talents to skeptics.