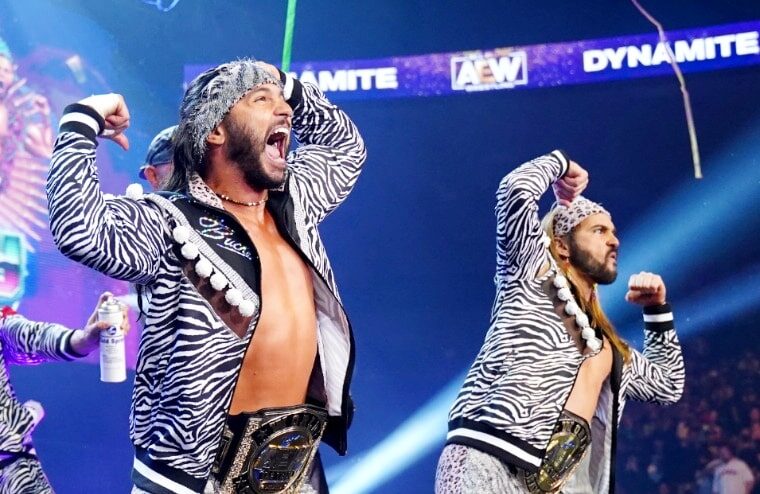 The Young Bucks are currently suspended by AEW due to their involvement in the now infamous backstage altercation with CM Punk and Ace Steel, with Konnan revealing they aren’t even permitted to wrestle elsewhere. And now, the brothers have acknowledged the suspensions by changing their location on Twitter to “Suspended, AF” before changing it to “Not sure, tbh.” This possibly indicates they aren’t totally sure where they stand with AEW at present, especially with their EVP positions hanging in the balance.

No timeline has been reported on how long The Bucks and Kenny Omega will be absent from AEW. However, the fact they were removed from advertising for November’s Full Gear pay-per-view certainly makes it seem it could be some time. Ultimately it depends on what the external investigation determines regarding the fight. However, suppose the conclusion matches what has been reported online. In that case, the duo should be cleared, as it’s been claimed that in addition to initiating the altercation through his comments during the media scrum, Punk also threw the first punch.