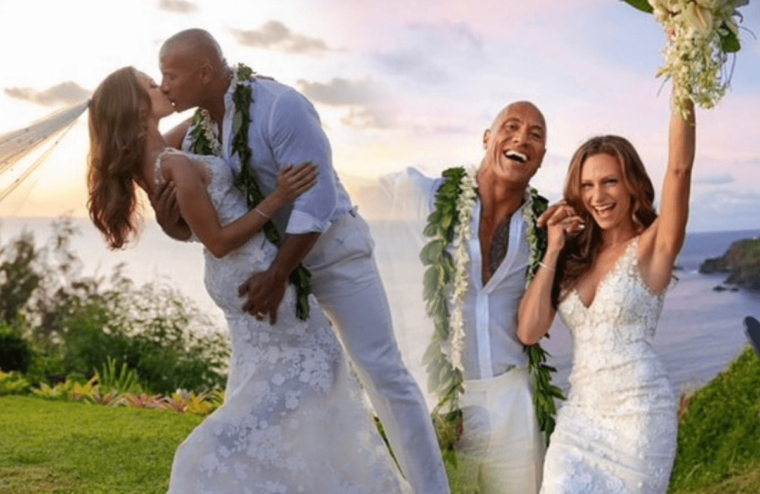 Dwayne ‘The Rock’ Johnson and girlfriend of 12 years Lauren Hashian tied they knot over the weekend at a secret ceremony.

The Rock took to his Instagram to share photos of his wife and himself after their ceremony in Hawaii with his millions and millions of followers.

The couple first met each other in 2006 while Johnson was filming The Game Plan.

Eight years after dating, Lauren gave birth to their first child, a little girl named Jasmine, in December of 2015. Two years later, the couple announced they were expecting their second daughter who was born in April 2018 and named Tiana.

The happy couple has been inundated with well wishes and congratulatory messages including New England Patriots’ quarterback and world-famous comedian Kevin Hart.

We are Web Is Jericho congratulate Lauren and Dwayne on their marriage and wish them a lifetime of happiness.