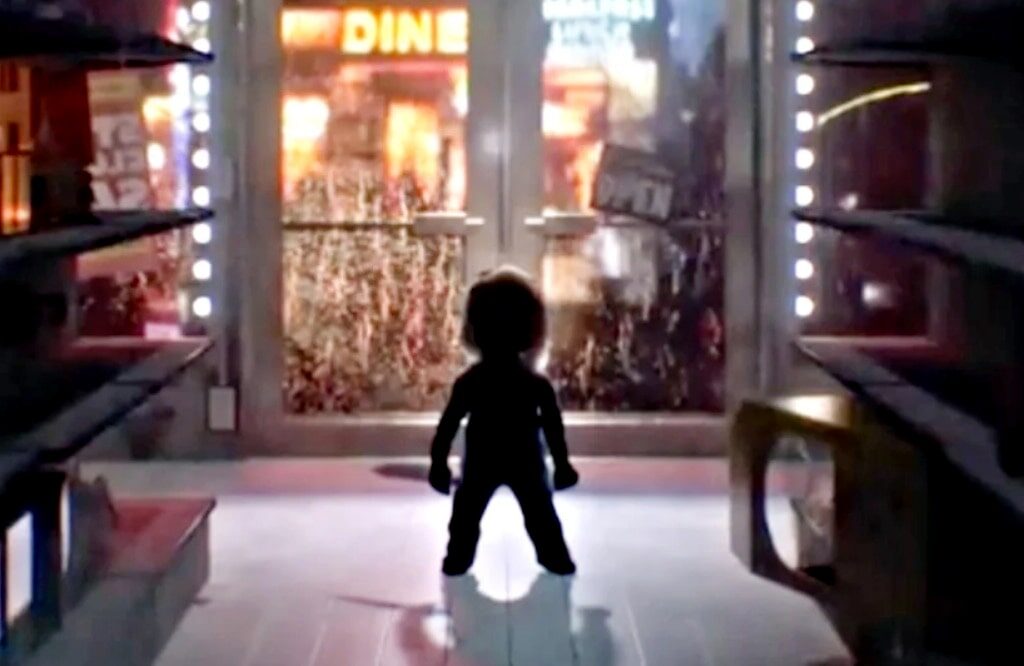 In 2018 it was announced that a TV series based on the 1988 horror movie Child’s Play was in development for Syfy. Franchise creator Don Mancini was on board to direct and write the pilot episode, the OG Chucky himself Brad Dourif was signed to reprise his role as the voice of Charles Lee Ray, and Jennifer Till is back as Tiffany Valentine-Ray. Filming recently started and is planned to complete in November.

Now a teaser trailer for the 10-part series titled “Chucky” has been released, which reveals it will air on both the USA Network and Syfy in 2021.

The official synopsis for the series can be read below.

In the series, titled Chucky, after a vintage Chucky doll turns up at a suburban yard sale, an idyllic American town is thrown into chaos as a series of horrifying murders begin to expose the town’s hypocrisies and secrets. Meanwhile, the arrival of enemies and allies from Chucky’s past threatens to expose the truth behind the killings, as well as the demon doll’s untold origins as a seemingly ordinary child who somehow became this notorious monster. Syfy