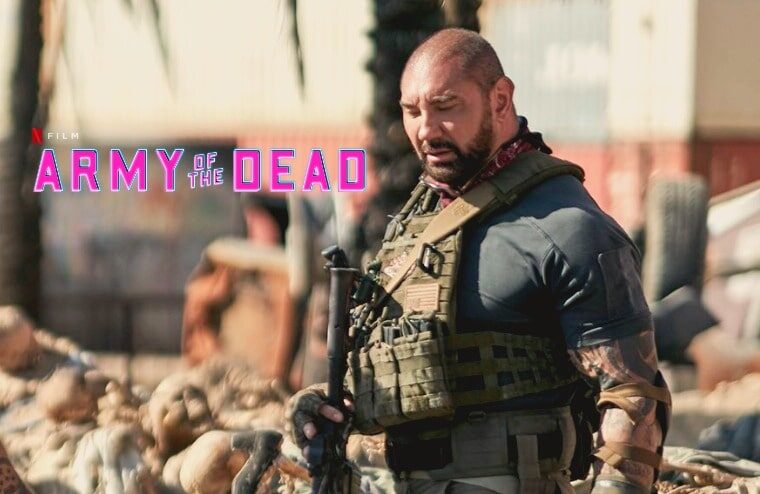 Batista’s acting career blew up thanks to playing Drax the Destroyer in the 2014 Marvel Studios film Guardians of the Galaxy. Since then, he has become a bonafide Hollywood star appearing in films such as Blade Runner 2049, Spectre, and Stuber. This year he has two movies scheduled for release, and one of them is Zack Snyder’s Army of the Dead.

Not much is known about the $70 million budgeted Netflix movie other than a group of mercenaries attempts to rob a casino during the zombie apocalypse. However, a short teaser trailer has now been released, and the film seems to have a similar vibe to 2004’s Dawn of the Dead, also directed by Snyder. While not marketed as an official sequel, it could possibly exist in the same universe.

As the trailer states, the movie is scheduled to be released worldwide on Netflix from May 21, 2021, and the streaming company is clearly expecting it to be a success as filming finished on a prequel last December. Batista isn’t listed in the cast for that movie, so it doesn’t look like he will be appearing.