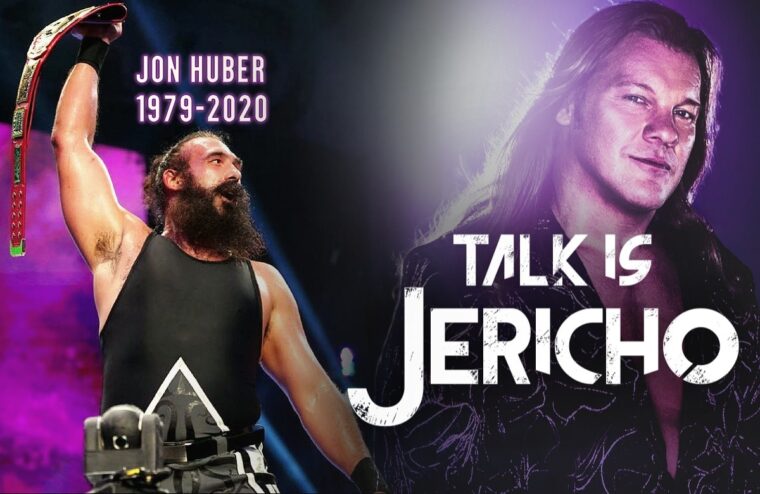 The world lost the great Jon Huber (aka AEW’s Mr. Brodie Lee and WWE’s Luke Harper) unexpectedly on December 26th, and so today, many members of his AEW family come together to celebrate his life! Chris Harrington, Brodie’s childhood friend from Rochester, NY, and current AEW Vice President of Business Strategy, recalls their backyard wrestling shows. Brandi Rhodes remembers the first time she and Cody met Jon on the indie scene, or “shindies,” as Brodie called them. Marko Stunt shares the story about the picture he posted of himself and Brodie on Instagram. Evil Uno and Stu Grayson talk about Brodie coming to AEW to lead their group, The Dark Order, and not being able to be part of it for the 1st three months because they were stuck in Canada, unable to travel due to the pandemic. Excalibur and referee Bryce Remsburg recall their time with Brodie on the indies. Arn Anderson explains why he refuses to call Jon “Luke Harper,” and what it was like for him during his final days at WWE, and why he never enjoyed the singles success he should have at that company. John Silver and Alex Reynolds from the Dark Order have stories about the Dark Order’s hilarious BTE skits and trying to make Brodie break character and laugh! The Young Bucks share their bond with Brodie over family, kids, and Twitter DMs! Christopher Daniels has thoughts on Brodie’s development as a wrestler and the amazing match the two of them had on Dynamite. And FTR, who knew Brodie from their WWE days, reveal their plan for the “Radicalz,” their group text thread, and what they already miss most about their friend.