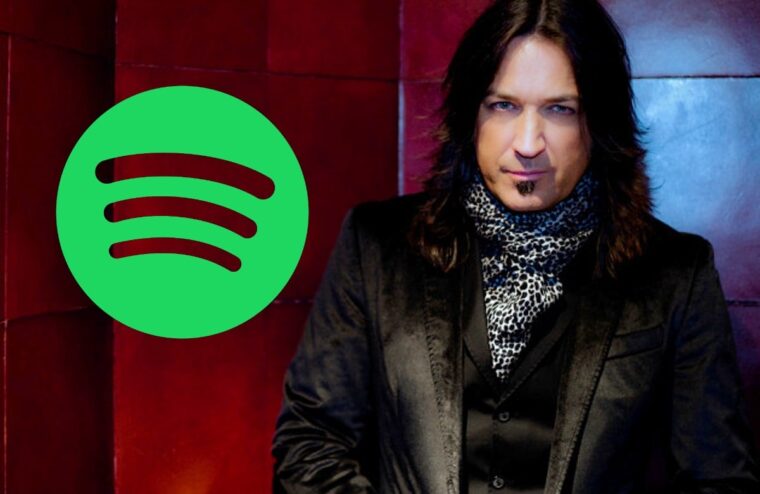 Michael Sweet, the co-founder, songwriter, and frontman of rock group Stryper isn’t a fan of on-demand music streaming services. He’d share his opinion on them during an interview with SonicPerspectives.com, and specifically mention Spotify and their CEO Daniel Ek.

Spotify is pretty much the leading way for music to be heard and be streamed, and artists, as you know, make very little money from all the streaming. The labels are making a little more money, but this guy’s getting rich, becoming a multi-millionaire, if not a billionaire. And then he’s telling artists how to do things and what they need to do. It’s just kind of hypocritical and comical.

I can’t wait until the day comes Spotify is no more, I’d love to see that day. I’d love to see streaming music be done away with, and for it to get back to some sort of hard copy, whether it’s vinyl or CDs again because that’s the fair way to do things. That’s when the artist who is working so hard to create the music is compensated properly. Michael Sweet

Stryper is one of many artists troubled with Spotify’s dominance, due to what they deem to be low compensation. In the past, Thom Yorke and Taylor Swift had their music removed from the service, but both did eventually return. Seemingly a band not being on a streaming service nowadays makes it a case of out of sight, out of mind. With physical media purchasing declining by the day, streaming is the way of the future, and musicians need to recognize that.

That said, Spotify is still a loss-making company, so it could be some time before artists receive appropriate remuneration. Their second-quarter results revealed they lost $419 million, despite having 299 million monthly active users, with 46% being paying subscribers.