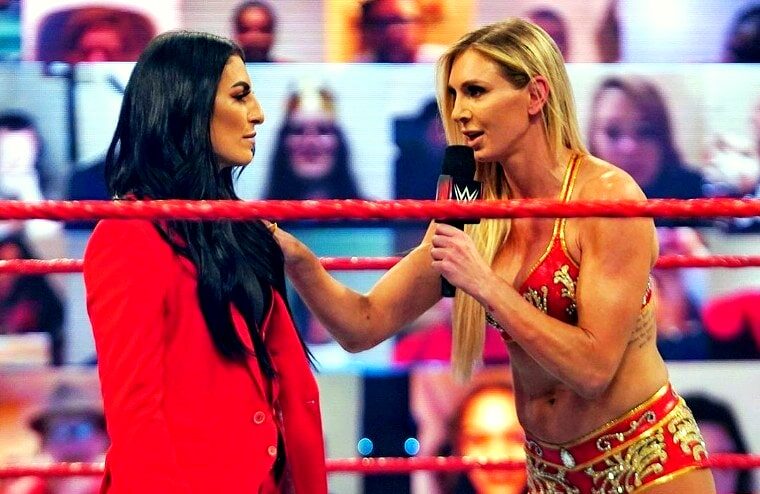 Charlotte Flair is believed to have significant backstage heat following an awkward segment between herself and Becky Lynch on this past week’s SmackDown. The pair were exchanging the physical Raw and Smackdown Women’s Championship belts with Sonya Deville overseeing proceedings as Lynch has been drafted to Raw and Charlotte drafted to SmackDown. Yet, it didn’t go as scripted as Flair was firmly against the segment and would end up just Flair just dropping her belt on the mat, followed by Lynch throwing her belt at Flair.

Backstage both women would get into a verbal argument, which apparently resulted in Flair being escorted from the venue by security, with some speculating about her WWE future considering how upset management and her colleagues were. In fact, it has now been reported by PWInsider that Lynch wasn’t the only person to argue with Flair, and Deville would also get involved and was said to be mad enough that she wanted to fight her.

The Lynch confrontation took place in the gorilla position in full view of Vince McMahon and Bruce Prichard, among others and received the lion’s share of attention initially, but Lynch was not the only person upset with Flair. Two different sources described Sonya Deville as “mad enough to want to fight Flair” and at one point, also having an argument with Flair backstage at Smackdown.

How this plays out remains to be seen, although Flair and Lynch won’t likely cross paths again until Survivor Series, which allows plenty of time for things to blow over. However, with Deville appearing on both the Raw and SmackDown as an on-screen authority figure, Flair may be wise to remember that Deville has fought in MMA (2-1 record), so perhaps should give her a wide berth.