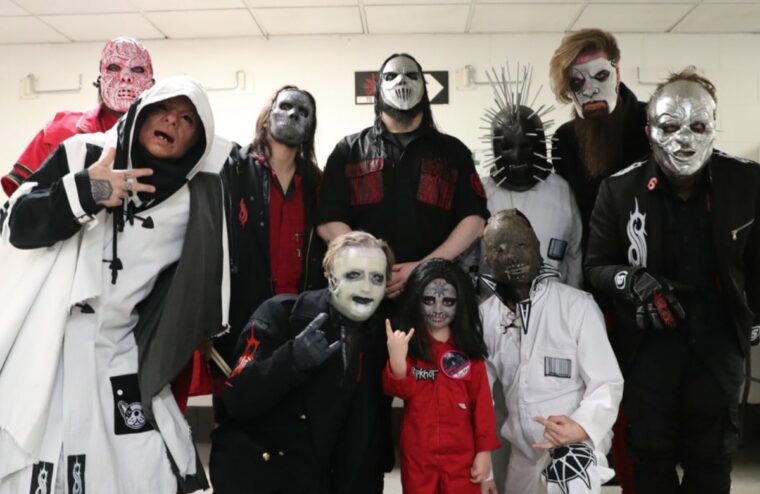 Five-year-old drumming sensation Caleb H stole the hearts of Slipknot fans around the world when he flawlessly did air-drumming along with the band’s set. If you’ve somehow missed it, you can watch it below.

This little kid is 5 years old, didn’t miss a beat all night. So sick! pic.twitter.com/RU2GJWdVPJ

It would turn out he’d dressed as one of his idols, Slipknot drummer Joey Jordison for Halloween, and uploaded a “Before I Forget” drum cover to YouTube.

All this led to the five-year-old being invited backstage to hang with the band at Slipknot’s January 24th show in Birmingham, England, he’d even get to go on stage and throw drum sticks into the crowd.

This was all documented on Weinberg’s Instagram page that you can scroll through below.

It was such a blast inviting this young shredder Caleb to last night’s show in Birmingham. Ready to throw down on his new @sjcdrums snare and Foundation double pedal!! 🔥🤘🏻🥁🤘🏻🔥