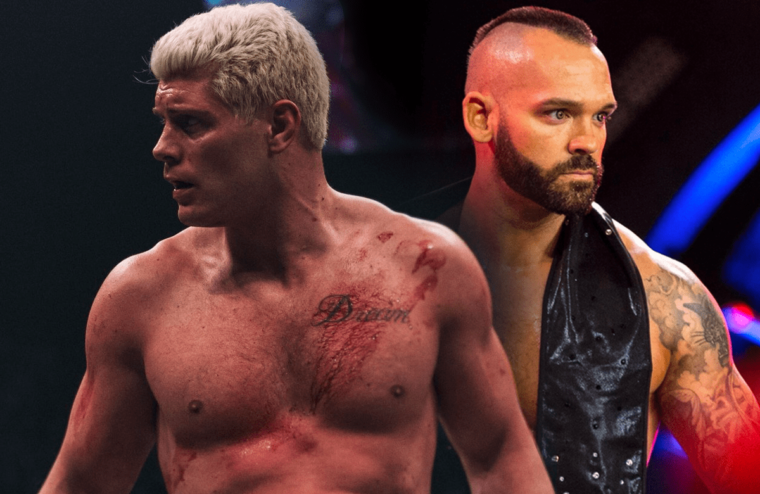 Shawn Spears made an appearance Friday night at a cancer charity event on Friday night to confront his opponent at All Elite Wrestling’s All Out, Cody. He appears to be willing to stop at nothing to get to “The American Nightmare” as AEW’s next major event approaches.

C4 held their annual Fighting Back event on Friday. This event featured a tag team match between Cody and MJF vs. TDT (Mathieu St. Jacques and Thomas Dubois). Spears appeared after the match and proceeded to brawl with his All Out opponent. Both Cody and Spears threatened chair shots to each other during the brawl, an obvious allusion to Spears’s controversial unprotected chair shot to Cody at AEW Fyter Fest. The brawl broke without a chairshot taking place.

Spears seems to have left his soul in Stamford, Connecticut. Before this attack, he had enlisted Tully Blanchard, an old friend of the Rhodes family, to accompany Spears the night of his match with Cody. And now, he surprised Cody at a charity event put on in honor of Phrank Morin, a former C*4 wrestler who passed away from cancer in 2011, violating the sanctity of an event that raised over $50,000 during this event alone.

AEW is a new proving ground for Spears, and he appears ready to do whatever it takes to prevent a rerun of his prior career experience. All Out may end up being the event where Spears is officially reborn within the wrestling industry.