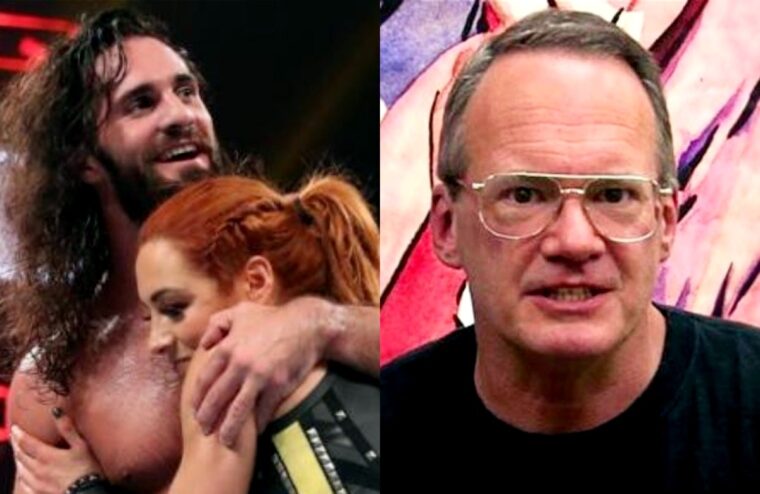 Becky Lynch announced her pregnancy on the May 11th edition of Raw, and to the shock of nobody, Jim Cornette had a questionable take on one of wrestling’s biggest stars stepping away from the spotlight to be a mother.

On his podcast Cornette would compare a top star getting pregnant to breaking their leg on purpose and even suggested Vince McMahon put a clause in women’s contracts. He would double-down by saying:

She’s got many more years before the fucking easy bake oven power gets shut off. She can have all those problems like distended stomach, and stretch marks, and hemorrhoids, and hormone problems, and mood swings, and all the joys of motherhood much later on when she ain’t making a million dollars a year. What would you do if your wife came home and said, “Instead of making a million dollars next year, I’m going to basically just be a raging bitch for the next nine months and then give you more shit to worry about around the house.”Jim Cornette

These comments caused a social media backlash, and now Becky Lynch’s fiancé Seth Rollins has responded to Cornette’s comments. Appearing as a guest on one of WWE’s official podcast’s “After The Bell” with Corey Craves that he had lost respect for Cornette.

For him to come out and say some real negative things, some real misogynist things about women in general, and pregnancy, and the industry, it caught me off guard. It made me lose a lot of respect for someone who a lot of people had already lost respect for. Seth Rollins

Rollins would go on to add:

I want to make it very clear that I am so proud of my fiancée, of Becky, of what she’s doing, and the courage that it takes for her at this point in her career to make a decision. The fact of the matter is she is the most talented woman I’ve ever seen in my entire life. She’s going to be just fine being pregnant, making money, doing alright. So everything that Jim Cornette said is complete nonsense, not just for her, but for women all around the globe.Seth Rollins

This is another relationship that Cornette has gone on to sour over the last few years, as Rollins and he had worked together in Ring of Honor, and Cornette was responsible for talking Rollins out of signing with TNA.