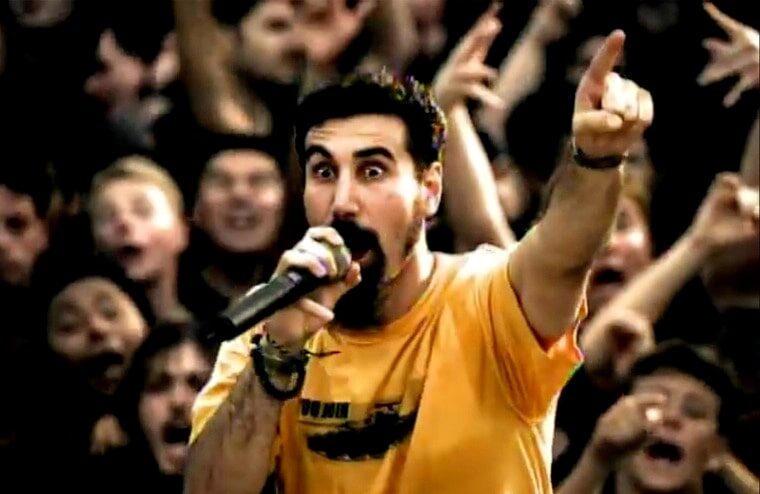 The song Chop Suey! is one of System of a Down’s most well-known songs, with over one billion views on YouTube. It was the first single from the band’s second album, Toxicity, released in 2001. The song was in the music charts during the week of the September 11, 2001 attacks, and that caused its airplay to fall due to the line “I don’t think you trust in my self-righteous suicide.” Now, during an interview with 93X Radio, lead singer Serj Tankian talked about the lyrics and how one of the lines came from the Bible, which he randomly selected from famous music producer Rick Rubin’s bookshelf.

With Rick Rubin, our producer, during ‘Chop Suey!’ in the lyrical process, I had the chorus, and we had the verse, and I was looking for the breakdown, the middle eighth section, lyrically. I was just trying to come up with something, and I was just stuck for a second. We were in the studio, hanging out, and he said, “You know what? Let’s take a break, let’s go to my house.”

We went to his house, he had this huge library, and he goes, “Just pick a book, any book.” And I just reached out, picked the book. And he goes, “Open to any page.” I opened to a page, put my finger on it, and that was the middle eight lyrically. Using the universe to guide you was incredible, and the way that it worked with the rest of the lyrics was what stunned me. Serj Tankian

Following the interview, System of a Down guitarist and second vocalist Daron Malakian would comment on Facebook, emphasizing the song had nothing to do with the Bible. He’d reveal he actually wrote the chorus, and it’s about people being judgmental of others’ deaths.

This does not tell the complete story of what the song is about. The chorus was written by me, and it’s about how people are judgmental about other people’s deaths. How they die. Has nothing to do with the Bible. Just want to clarify. Daron Malakian

Presently personal and creative differences have prevented a new System of a Down album for many years, with their last release being 2005’s Hypnotize. However, three months ago, seemingly out of nowhere, the band released two new singles titled Protect The Land and Genocidal Humanoidz giving fans hope. The reason for the sudden new music was that the band wanted to draw attention to the crisis across their cultural homelands of Armenia and the Republic of Artsakh and to raise money for the Armenia Fund.