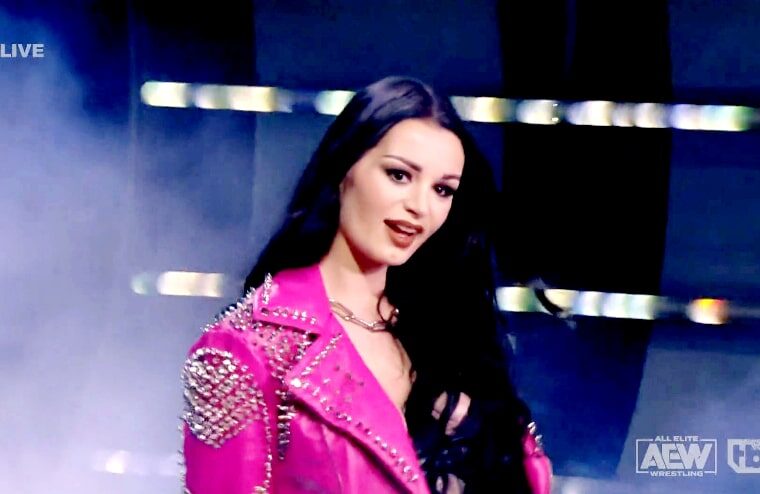 On Wednesday afternoon, it was reported that Saraya, who previously wrestled as Paige in WWE, had held talks with AEW over the Summer. And then, just hours later, she would make her debut for the company appearing on the Grand Slam episode of Dynamite. She did this by saving her fellow former WWE colleagues Toni Storm and Athena from Dr. Britt Baker, Jamie Hayter, and Serena Deeb, and notably, she used “Zombified” by her boyfriend’s band Falling In Reverse as her entrance music.

Subsequently, Tony Khan would confirm on Twitter that she had officially signed, and Saraya would take to the social media platform herself, initially with a brief tweet to acknowledge her appearance. Followed by her saying she was blown away by the pop she received and also thanking Ronnie Radke for letting her use his song.

The 30-year-old last appeared on WWE television via video on the March 20, 2020, episode of SmackDown, and since then, she has been focusing on her store in Anaheim, California, as well as her Twitch channel, which she is believed to be making big money from. However, she has constantly been teasing a return to the ring, and while WWE seemingly wasn’t prepared to give her that opportunity, given how severe her neck injury was, AEW clearly is. And while her wrestling with multiple screws in her neck isn’t ideal, it should be noted that others with similar neck injuries like Edge and Sting have safely competed again.