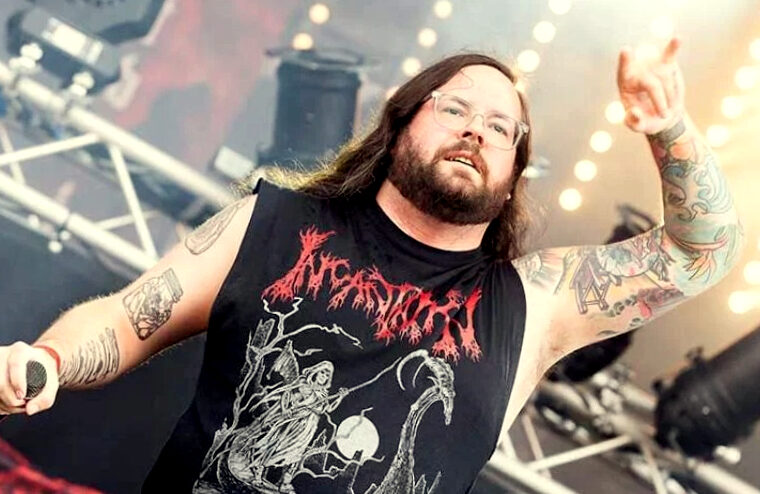 Trevor Strnad, the singer of melodic death metal band The Black Dahlia Murder, passed away on Wednesday aged 41. The band has released an official statement indicating that the probable cause of death is suicide. “It is with deep sadness that we announce the passing of Trevor Scott Strnad,” the band wrote on Instagram. “Beloved son, brother, and Shepard of good times, he was loved by all that met him. A walking encyclopedia of all things music. He was a hugger, a writer, and truly one of the world’s greatest entertainers. His lyrics provided the world with stories and spells and horror and whimsy. It was his life to be your show.” The post also included the number for the National Suicide Prevention Lifeline.

The Black Dahlia Murder formed in Waterford, Michigan in 2001. Their name is derived from the 1947 unsolved murder of Elizabeth Short, often referred to as Black Dahlia. Their last seven albums had charted on the U.S. Billboard 200, and they are considered one of the most popular contemporary American extreme metal bands. Testament and Exodus dedicated their show on Wednesday night to the fallen frontman, and an online petition was also started to include Strnad in the Grammys “In Memoriam” segment next year.

“I can not even begin to process this… In total shock and disbelief,” The Black Dahlia Murder’s Brandon Ellis wrote in a post on his Instagram. “It has been my greatest honor to spend the last six and a half years in a band with this absolute icon and legend. A brother. A best friend. One of the funniest and most entertaining people to walk the earth. ‘This man changed my life and believed in me more than I do myself. I can not believe there will no more laughs had, songs written together, or stages decimated with Trevor at the helm. I hope he knew how much he was loved the world over.”

Hatebreed’s Jamey Jasta wrote: “RIP Trevor Strnad, you’ll be missed dearly, my deepest condolences to TBDM, his family, friends and fans.” Testament guitarist Alex Skolnick wrote: “Totally shocking news. Truly great guy/artist. Testament was supposed to tour with the band (derailed by C*vid) and it was a blast to work with him in @metalallegiance. Huge loss. RiP @TrevorTBDM”

Exodus guitarist Gary Holt wrote: “Rest In Peace @trevortbdm, front man for @theblackdahliamurder_official. We toured together around 2006 for about six weeks , dude was cool as fuck. Exodus send all condolences to his family, friends, band mates and loved ones. too much loss, this sucks.”

Drummer Mike Portnoy wrote: “Absolutely shocked to hear of the passing of Trevor Strnad of The Black Dahlia Murder. Trevor was part of the Metal Allegiance family having sung on our song The Accuser as well as joining us for shows in 2018 & 2019 (Pictured here in 1st pic arm in arm w me) My deepest condolences to his bandmates, friends and family… #RIPTrevorStrnad.”

The Black Dahlia Murder toured last year in support of their critically acclaimed “Verminous” album, released in April of 2020. The band was also about to embark on a package tour with Parkway Drive, Hatebreed and Stick To Your Guns. Strnad spoke with Metal Injection in 2021 about his battle with depression and alcohol dependence: “At the rate I drink while we’re gone on tour, it’s just not sustainable for getting older. Being 40-plus and being able to do what I do well and not look like a shithead, I’ve gotta be better to myself. So that’s really the impetus [for quitting drinking]. That’s the heart of it. It’s not that… I know I’m no fun [when I’m drinking]… It’s to the point where I’m having 10 drinks a day plus to go on stage. And two weeks into it, I’ve been hung over every single day. I’m chasing that hangover with just more liquor, until the end of the tour [by which time] I have doubled my intake just to get by, basically. And it’s not fun — it’s disgusting; it sucks.”