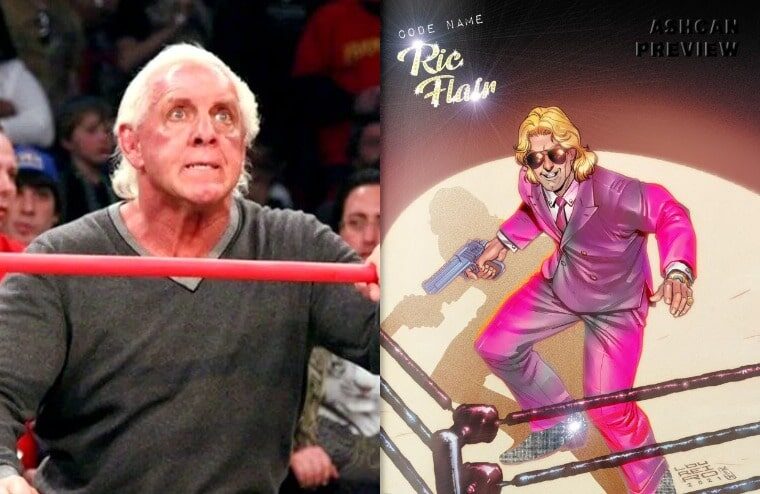 This weekend Ric Flair was in attendance at Megacon Orlando, and during this fan convention, he would promote his upcoming comic book titled CODENAME: Ric Flair. The comic is due to be released later this year and will be funded by Kickstarter. A summary of the comic’s plot can be read below and appears to take inspiration from the real-life plane crash which almost ended his career in 1975.

Richard Fliehr, a mild-mannered professional wrestler, almost dies in a small twin engine plane on the way to a regional wrestling match. The doctors not only save his life – they rebuild him better than before. Treatment makes him stronger than ever and Fliehr is reborn as Ric Flair aka Nature Boy®, who must now use his wrestling persona as cover while he works to save the world as secret agent Nature Boy®

Ric Flair is currently involved in multiple projects, with his podcast set to relaunch under the guidance of his son-in-law Conrad Thompson in the near future. Plus, the WWE Hall of Famer recently went into business with Mike Tyson, with Tyson’s company set to release a range of edibles under Flair’s brand. Most significant, though, Flair is training to wrestle for the first time since 2011 when he participates in a six-man tag match on Sunday, July 31st. Presently who he will be sharing a ring with has yet to be announced, although it’s known Ricky Steamboat was approached but turned down the opportunity.