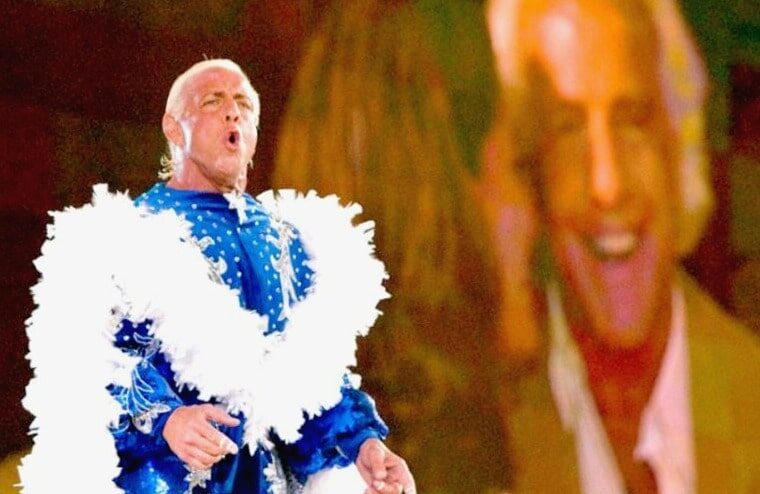 Ric Flair last wrested in 2011 when he was part of TNA. Since then, he has suffered various medical issues and, at one point in 2017, was on the verge of dying. Still, he would manage to get medically cleared to take bumps while in WWE two years ago. His aim was to get involved in the Team Hogan vs. Team Flair match in Saudi Arabia. However, Vince McMahon would go on to refuse any ideas put forward, feeling it was still too risky.

While it seemed Flair’s days competing were long over, with Flair a free agent, he has revealed on his just-launched podcast Wooo Nation Uncensored that he would be prepared to wrestle again. Going as far as to say that he is in better shape now than he was in 2001 when he wrestled his last WCW match against Sting.

That talk hasn’t happened, but could I do it? Absolutely. I’m in better shape now than I was when Sting and I wrestled the last match on Nitro. WWE won’t let me do anything, even though I’m released. I understand, they have so much liability, and I told them I would sign anything, but nobody wants me to die on their watch. I’d rather die in the ring. If I have to go. I’d rather not jump off the 19th floor or spend another 31 days in the ICU.

While Flair may be comfortable passing away in the ring, it would be terrible for the wrestling industry, and only an incredible brave or foolish promoter would consider the risk worthwhile. That said, 72-year-old Flair had gotten physical in recent months when he appeared for AAA alongside his future son-in-law Andrade and chopped both Kenny Omega and Konnan before putting the Lucha libre legend in Figure 4. While fans considered this cool at the time, it is likely the most active that any of his fans want to see the 16-time world champion get nowadays.