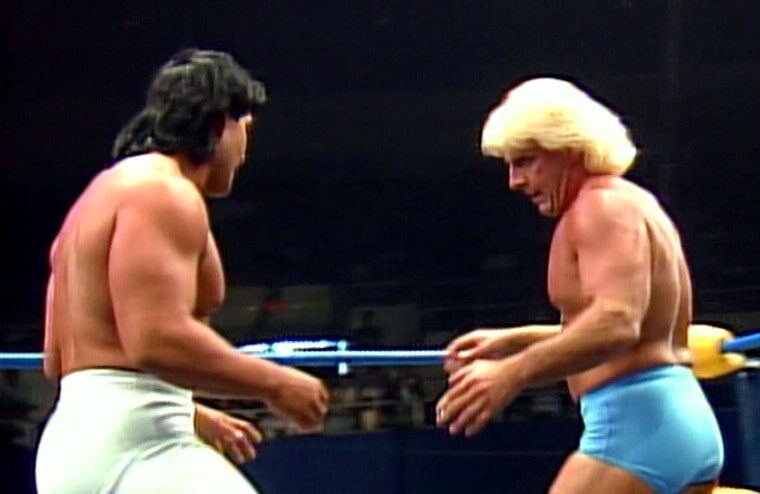 Last week it was announced that Ricky Steamboat was making a shock return to the ring aged 69 for Big Time Wrestling. This was especially surprising because he’d turned down the opportunity to be the opponent for Ric Flair’s Last Match, saying he didn’t want to spoil his previous comeback, which saw him wrestle Chris Jericho at WrestleMania 25 and then Backlash.

Seemingly though money talks, and while speaking on his To Be The Man podcast, Flair has commented on his longtime rivals’ return and revealed that it has prompted him to begin training himself again. Of course, he could simply be joking, but considering many fans doubted he would be able to stay retired, and he said in a previous episode of his podcast he regretted promoting it as his final match, it is certainly an interesting thing to share.

At every level, he’s better than 50% of the guys in the business today, and he wouldn’t get in the ring if he wasn’t. He holds himself to a very high standard, and I imagine he’ll probably look better than the guys he’s in the ring with because he’s always in good shape.

Steamboat coming back makes me want to come back again. I went back up to Lincoln and started training again. What else is there to do?

It’s got to be expected that the 73-year-old will get further offers to wrestle due to his legendary status. However, considering how frail he looked at times during his last match and the fact that he passed out from dehydration at the finish, it seems like a disaster waiting to happen for him to wrestle again. That said, very few in wrestling ever truly retire, and considering his last match was a financial success with 6,800 fans paying $450,000 to attend and an additionally 30,000 viewing via pay-per-view, it wouldn’t be a huge shock to see him lace his boots up again.