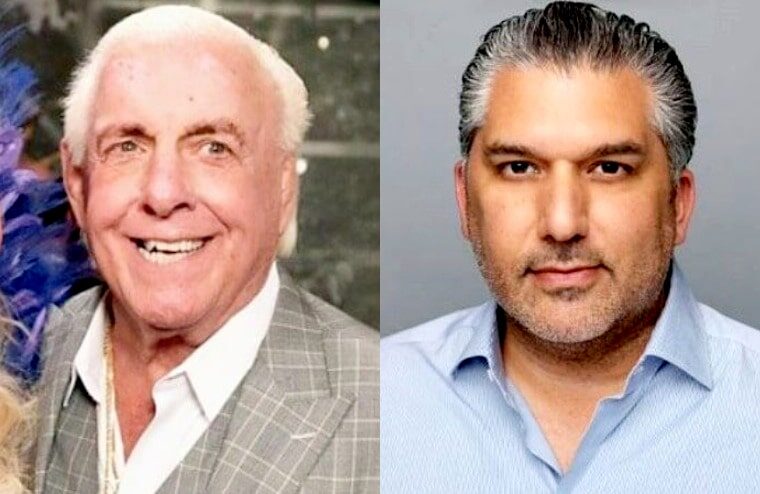 Ric Flair departed WWE in August, and since then, there have been differing reports on exactly how amicable the split was, with some saying he quit and others saying he was fired. Regardless of precisely what went down, Flair is now seeking out opportunities outside of the company, and one of them is his new WOOOOO Nation Uncensored podcast. The first episode would top various podcast charts, and the second could do the same as he would spend time talking about his former employers.

The 16-time world champion would go as far as to specifically blame Nick Khan for having him removed from WWE’s intro. Plus, he would reveal that WWE was so concerned with taking ownership of his intellectual property that they tried to have him give them ownership while he lay on life support.

You’re not going to bring me back, not that they want me by any means, but I couldn’t ever work for Nick Khan in my entire life. Vince McMahon, I can work for, but Nick Khan, who is a guy who orchestrated taking me off the show. I’ve got my facts together. He orchestrated taking my Woooo off. Never in a million years.

When I saw that they took me off the opening and all that for whatever reason, who knows, some people said to me, “Ric, how do you feel about that?” I said, “Well after they asked me to assign my intellectual property to them while I was on life support, nothing that company does surprises me.”

It had been anticipated Flair was headed to AEW to work with Andrade after leaving WWE. Still, any speculation of that stopped following the now infamous Dark Side of the Ring episode focusing on The Plane Ride From Hell. Right now, his career is in limbo, and while it’s doubtful he’ll appear for a major promotion any time soon, it would be surprising if fans have seen last the Nature Boy. As despite being canceled on social media, he remains incredibly popular despite what WWE wants fans to think.