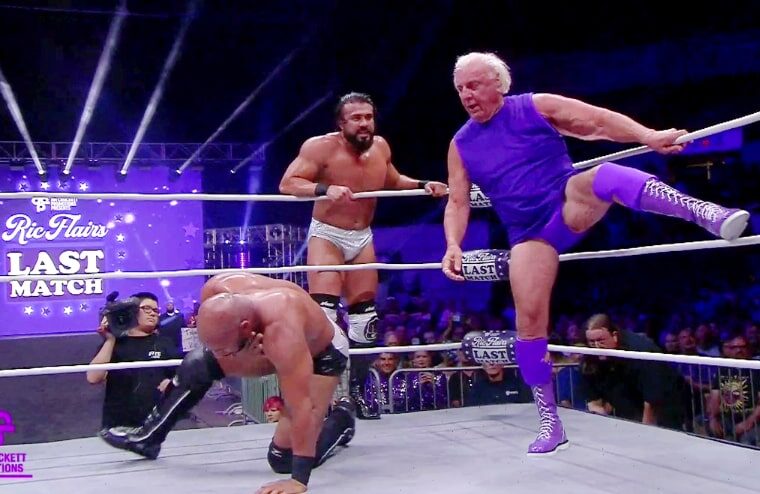 Sunday night saw Ric Flair officially retire for a second time following his tag match alongside Andrade El Idolo against Jeff Jarrett and Jay Lethal. And while his 26-minute bout won’t be making any match of the year lists, it certainly was a spectacle worth watching for historical purposes. Now though, it appears the 16-time world champion had a lucky escape, as a video clip circulated by FITE clearly shows him telling Andrade that he actually passed out. Precisely when this occurred wasn’t stated, but it likely happened during the match’s conclusion when he clearly failed to raise his shoulder while Jarrett was being pinned in the figure four.

PWInsider has subsequently reported that two doctors checked out the two-time WWE Hall of Famer backstage following the match, and his condition was described as “great.” Which does seem hard to believe but is hopefully accurate. Nevertheless, most fans who grew up watching Flair over his illustrious career will be hoping this really was his last hurrah, as at 73 years of age, it doesn’t look like he has much left in the tank and has nothing more to prove.