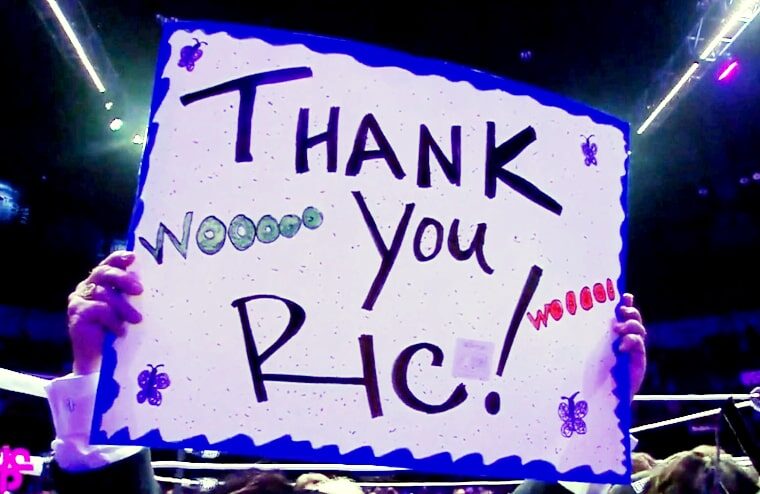 Sunday night saw 73-year-old Ric Flair team with his son-in-law Andrade El Idolo taking on Jay Lethal and Jeff Jarrett in what has been marketed as his final match. And while the match itself was nothing special in the ring, it certainly was a spectacle and worth watching a reply of, safe knowing that Flair was fine afterward. The match, though, did acknowledge fans’ fears for Flair’s health, as, during the bout, Flair would fake having a heart attack in front of his family and fellow WWE Hall of Famers Mick Foley, Bret Hart, and The Undertaker. So naturally, this distracted Lethal and allowed Flair to rake his eyes in a trademark spot.

For those unaware, Flair has a heart condition called alcoholic cardiomyopathy and has undergone four heart surgeries resulting in him having a pacemaker implanted. And while some fans felt this was poor taste, others saw it as Flair being Flair. Ultimately the WCW legend would win after hitting Jeff Jarrett with brass knuckles and putting him in a figure-four leglock as a second referee David Miller ran in and counted to three. However, Flair’s shoulders were clearly also on the mat, resulting in some fans speculating this was so there could be a rematch. Yet it’s more likely Flair was just so physically exhausted from being involved in far more of the 26-minute match than most expected, he simply couldn’t raise his shoulder.

Following the match, confetti would fall as a blood-soaked Flair celebrated in the ring with Andrade and then interacted with his family in the front row. Then following a “Thank you, Flair” chant, the emotional 16-time world champion would speak to Tony Schiavone. He would proclaim Nashville one of the world’s greatest wrestling cities and said he hoped he hadn’t let anyone down before revealing he was going to party with Kid Rock. Finally, the show would end with Flair walking down the aisle, and he was presented with the iconic big gold belt, which was a fitting end to a legendary career.