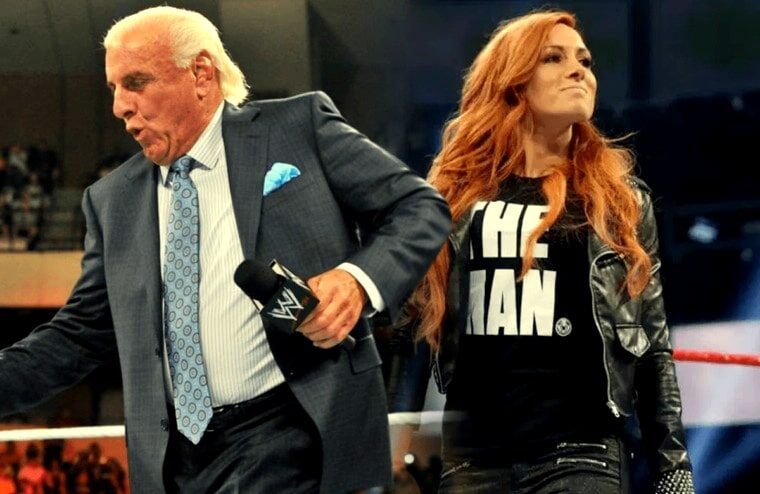 Ric Flair is no longer on good terms with WWE, and despite reports, he agreed for the company to trademark “The Man” for Becky Lynch, he is still very vocal about it being his nickname. Now, the 16-time world champion has tweeted out his desire for both parties to apologize to him and then send him $20 million. He would, though, go on to delete the tweet, although, with it being the internet, multiple people had already screenshotted it, as you can see below.

Some believe that WWE has been moving Becky Lynch’s nickname towards “Big Time Becks” because of the issues with Flair. However, as of writing, there appears to be no notice of oppositions filed with the United States Patent and Trademark Office against WWE’s application for “The Man.” Nevertheless, it is regrettable that Flair’s relationship with WWE has broken down so severely since his recent departure, especially considering Charlotte is one of their biggest stars.