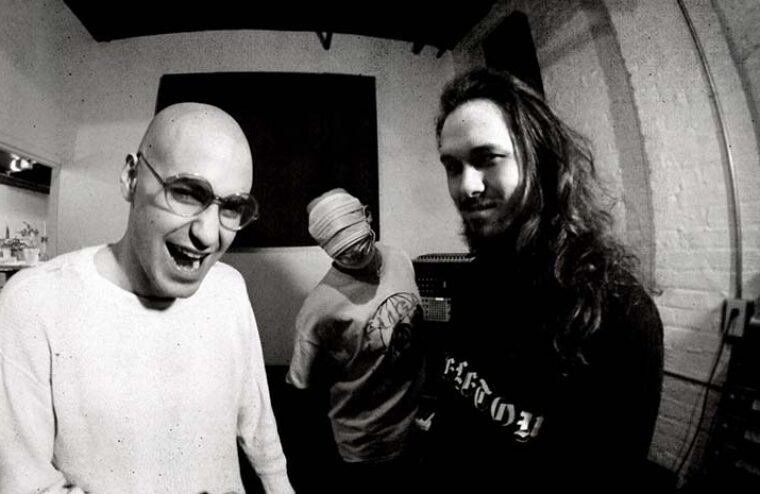 Hardcore punk band Show Me the Body released their debut album in 2016, and the band’s sound mixes punk, hip hop, noise music and sludge metal. Frontman Julian Cashwan Pratt also adds a unique twist to the band by playing a very distorted banjo. Since the band’s inception in 2013, the New York natives have been notorious for putting on wild, DIY shows underneath bridges, in warehouses, or anywhere they can cram in a generator and a few hundred kids.

“We don’t play shows so we can stand up there and play rock star,” said singer/banjo player Julian Pratt told The Guardian. “For us, if safety isn’t being risked, we’re not playing. If it’s not a volatile ceremony that we’re a part of, there’s no reason for us to play.” Speaking of volatile, during a recent show, Pratt was having none of a fan who wanted to stand on stage and take a continuous selfie and/or video. Pratt stepped away from the mic and shoved the guy into a nearby speaker stack and he tumbled to the ground below. They posted the video to their Instagram with the caption “NO DISRESPECT.” Despite the fan crashing hard, it appeared he held onto his phone, so perhaps the first-person shot will soon surface online.

For more information on Show Me the Body, check out their website showmethebody.com.