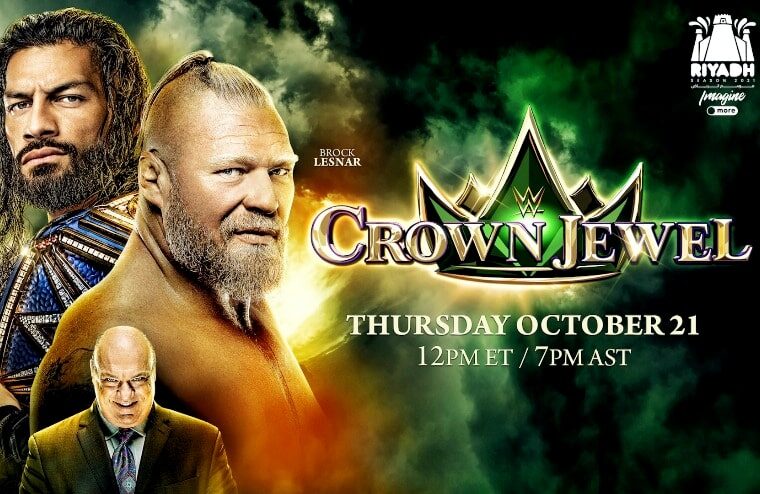 Brock Lesnar returned to WWE at the conclusion of SummerSlam to confront Universal Champion Roman Reigns after he had just defeated John Cena. A staredown would follow with Paul Heyman cowering in the corner, and the show would end shortly after Reigns left the ring. It was believed there would be a slowly built feud culminating with a match at WrestleMania. However, Reigns vs. Lesnar was announced for Crown Jewel in Saudi Arabia on October 21, 2021.

Now it what could be considered a spoiler for the match, WrestlingNews.co has reported that Lesnar isn’t scheduled for any post-Crown Jewel appearances, with him going on hiatus until around the Royal Rumble. This would seemingly indicate Reigns will be retaining the title as it is unlikely Lesnar would be triumphant and not appear in any capacity before January.

Lesnar’s current deal with WWE is believed to have approximately 16 months remaining and is for a total of 8 matches, meaning he’d wrestle every few months. Previously, WWE allowed Lesnar’s contract to expire as it was not cost-effective to use him during the ThunderDome era with no paying fans in attendance. Now though, with fans back in attendance, and WWE needing someone for Reigns to work with, Vince McMahon agreed to Lesnar’s terms and price.