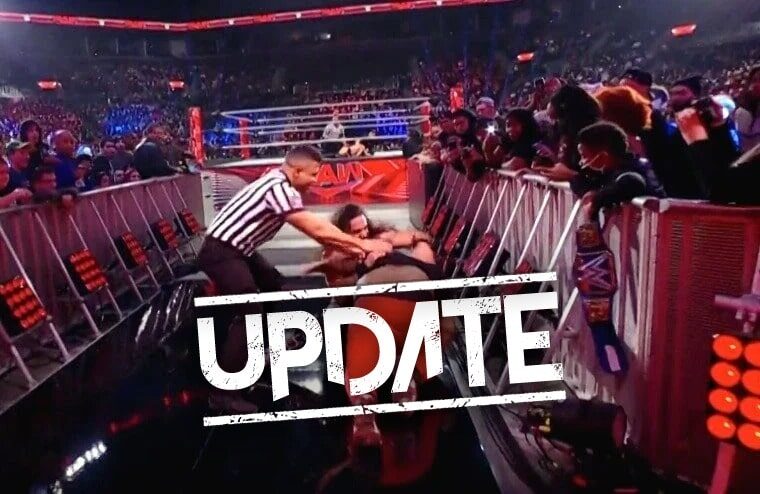 During Raw, 24-year old Elisah Spencer jumped Seth Rollins as he walked down the aisle following his segment. WWE quickly cut to a video replay to avoid showing the disturbance, although it was filmed by fans in attendance at the Barclays Center and promptly shared on social media. Thankfully Rollins was unharmed and didn’t need medical assistance, though it was a scary moment and showed how quickly a situation could get out of hand.

Since the attack took place, the big question has been why it occurred, and thanks to online sleuths who have been looking into the attacker’s social media, more information has been discovered. Evidently, Spencer was catfished by someone pretending to be Rollins and scammed out of money back in 2019. Seemingly still believing this was the real Rollins, he was out for revenge.

This is very perplexing and disturbing that someone could believe a WWE superstar would genuinely be responsible for a scam like this. Following Raw, Spencer ended up charged with attempted assault and attempted violation of arts and cultural affairs, and it’s now understood he will now attend court next. Exactly what punishment he will receive remains to be seen, although WWE has stated they intend for him to be prosecuted to the fullest extent of the law.