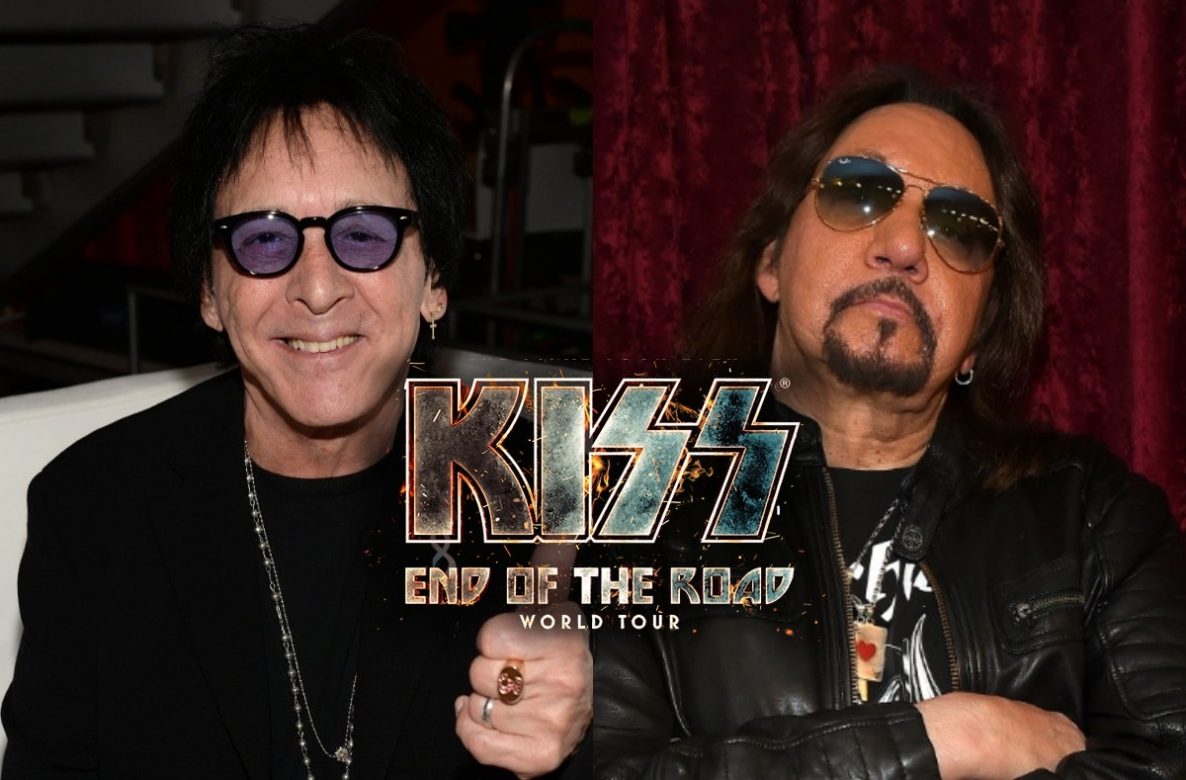 Kiss’s manager Doc McGhee has confirmed the founding members Peter Criss (drums) and Ace Frehley (guitar) have been contacted about being involved in the band’s final concert on July 17, 2021, in New York City at the conclusion of the”End Of The Road” world tour.

During a Q&A session on the annual “Kiss Kruise” he said:

“Ace and Peter will be and have been invited to come and play with us at any time, like I always say, people in New York would love to see Joe Namath still play football for the Jets. Unfortunately, he can’t. We want to include everybody that played with Kiss to celebrate the 45 years of KISS.”

“We’re still looking at what we’re going to do on the final show of KISS … and, yes, they’ve all been talked to about it, so I can see us doing something.”

“It’s very difficult, though, when people say, ‘Oh, you should bring Ace and Peter up.’ I mean, how do you do that when you have two Catmen and two Spacemen?’ So you say, ‘Okay, you don’t wear makeup, and you wear makeup.’ And then they go, ‘Well, that was my makeup.’ I don’t know.”

“We’ll figure it out because they’re very much a part of the heritage of KISS. They’re acknowledged by Gene and Paul and everybody in this room as being founding members and some of the reasons why we’re sitting here.”

Regardless of what ends up happening and who does and doesn’t appear the final-ever Kiss show is bound to be monumental and something those lucky enough to attend never forget.