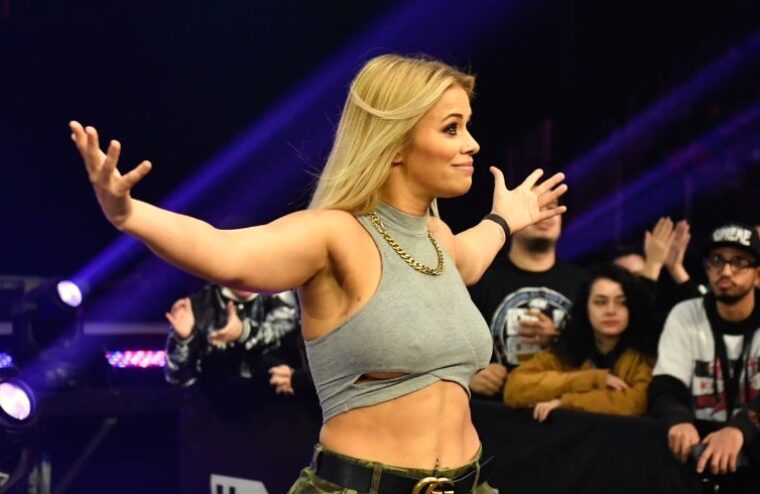 While most pro wrestling fans are well aware that Paige VanZant previously competed in UFC, it isn’t as well known she is currently signed by Bare Knuckle Fighting Championship as a fighter. She secured a lucrative multiple-fight contract worth $1 million in August 2020, allowing her to pursue other interests such as AEW. However, she has lost her first two bouts, so she really has to win her next fight, which was set to be this weekend in London against Charisa Sigala.

Now though, it has been reported by My MMA News that the contest won’t be taking place as planned. And while the exact reason hasn’t been confirmed, it has been suggested the decision came from VanZant’s camp. Instead, the fight will occur on October 15th in Denver, Colorado.

CONFIRMED: Paige VanZant will not be fighting this weekend. Fight against Charisa Sigala is moved to October 15. Still uncertain as to the reason. Initial report talked about ticket sales but now hearing issues from Paige’s side.

BKFC was founded in April 2018 and is seen as a more controversial form of boxing due to the fighters not being allowed to dress their knuckles or fingers with material of any kind. Nevertheless, numerous MMA fighters have opted to take off their gloves and compete in brutal combat. Sadly though, 38-year-old Justin Thornton died following a knockout loss in 2021 following six weeks of hospitalization, showing how dangerous this form of fighting can be.