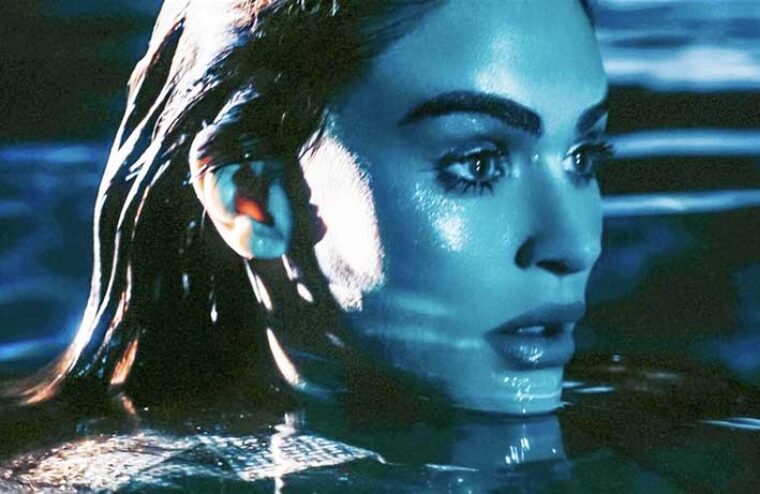 Ozzy Osbourne’s eldest daughter Aimée is an electropop artist who goes by the name ARO. In April, she released a new single, “Against Mine.” She told Rolling Stone: “I feel a different sense of freedom and excitement that comes from releasing a couple of songs or a single at a time.”

She also commented on what her dad thinks about her music. “My dad has responded really positively to a lot of it,” she said. “It’s been a really fun way to connect with him about being in the same industry now. He is so dedicated and his ability to continue working and creating, his appetite for that is so admirable, it’s unbelievable. Nothing stands in his way when it comes to anything creative, whether it’s painting, writing lyrics, melodies. From the minute he’s awake to when he goes to sleep, that’s what he does. And so to have that as an example has been such a gift and to feel like something to live up to has been a great way to connect with him.”

On Thursday, Aimée escaped a studio fire that claimed one life at an industrial building in California. Her mother, Sharon, posted about the scare on Instagram and offered her condolences to the victim and their family. “Today my daughter @aro_officialmusic was working in a recording studio at this building with her producer,” she wrote. “They are the lucky two that made it out alive.”

“It is utterly heartbreaking that someone lost their life today in this fire & we are sending our prayers to this person & their family,” she continued. “What happened today was beyond horrific. I really hope moving forward that buildings like this are better regulated for fire safety. This building was a creative hub for music in Hollywood, a space that should have been regulated for fire code. Producers, musicians, mixers & artists also lost all of their equipment. Once again, our prayers go out to the family and friends of the person that lost their life to this senseless fire.”

According to the Los Angeles Fire Department, it took 78 firefighters nearly an hour to extinguish the fire. “There were an abundance of small individual recording studios inside the building so that made it very difficult to navigate with zero visibility,” said LAFD captain Erik Scott said. “Additionally, the studios had sound deadening with very thick walls that really held all the heat in, making this a very intense firefight.” The cause of the fire is under investigation.