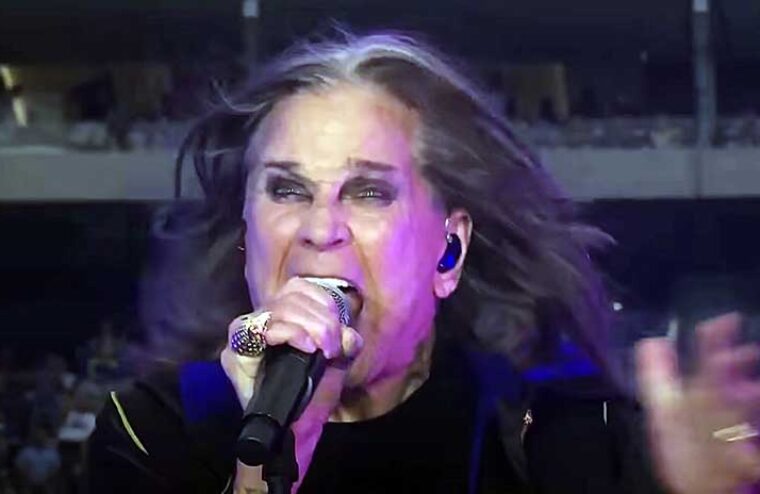 Recently Ozzy was interviewed about the album for a special segment on SiriusXM satellite radio. Ozzy recalled when Van Halen opened for Black Sabbath in 1978 on the band’s “Never Say Die!” Tour in Europe. While he enjoyed the band and guitarist Eddie Van Halen in particular, singer David Lee Roth left “The Ozzman” puzzled.

“[Eddie Van Halen] was such a great guy,” Ozzy said. “They came to our local pub and it was good fun,” Osbourne said. “But David Lee Roth, he’s lost a couple of nuts and bolts. When you meet him, it’s like, ‘What’s wrong with him?’ He’s like somewhere else, you know?”

Ozzy also discussed the rivalry between guitarist Randy Rhoads and Eddie Van Halen. “They were arch enemies,” Ozzy said. “Randy didn’t have a lot to say about Eddie. They were very, very similar guitar players. Eddie took that tapping thing to another level. Randy could do that, but he liked people like Leslie West. It amazes me that you get Eddie, you get Randy, and you go, ‘No one’s ever gonna top that.’ But there’s a new thing round every corner.”

Ozzy also previously spoke about the rivalry to Rolling Stone saying: “I heard recently that Eddie said he taught Randy all his licks … he never,” Osbourne said. “To be honest, Randy didn’t have a nice thing to say about Eddie. Maybe they had a falling out or whatever, but they were rivals.”

“The Prince of Darkness” also told SiriusXM that despite being 73 years old and having battled numerous health issues in recent years, he has no plans to stop recording and touring. “I’ve had some great times over the last 55 years and I ain’t done yet,” he said. “When you’ve been around as long as I have — the word ‘retirement,’ f*ck that.”