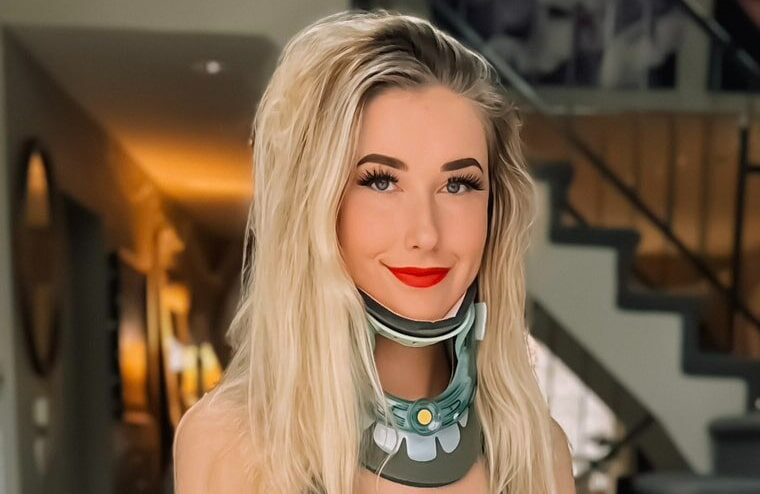 Several years ago, Saraya, then known as Paige, would amaze wrestling fans when she posed in lingerie shortly after one of her neck surgeries. And while some did feel it was inappropriate given the timing, others were delighted to see her being so brave and not letting her injuries prevent her from doing what she enjoys.

And now, Noelle Foley has used this glamorous photo for inspiration and posed herself after a similar neck surgery. However, apart from a tease which you can see below, fas need to sign up to her OnlyFans to see the complete set.

Noelle Foley previously divulged that she’s been battling post-concussion and neck issues following a ride in the Mystery Mine coaster at Dollywood in Pigeon Forge, TN, back in 2019. With it understood that in addition to neck surgery, she is saving money to undergo stem cell therapy to reduce her symptoms, and with this treatment not covered by insurance, she is expecting to pay close to $50,000. Due to this, she opened her OnlyFans account, hoping that working with the subscription service would help her raise the funds required.