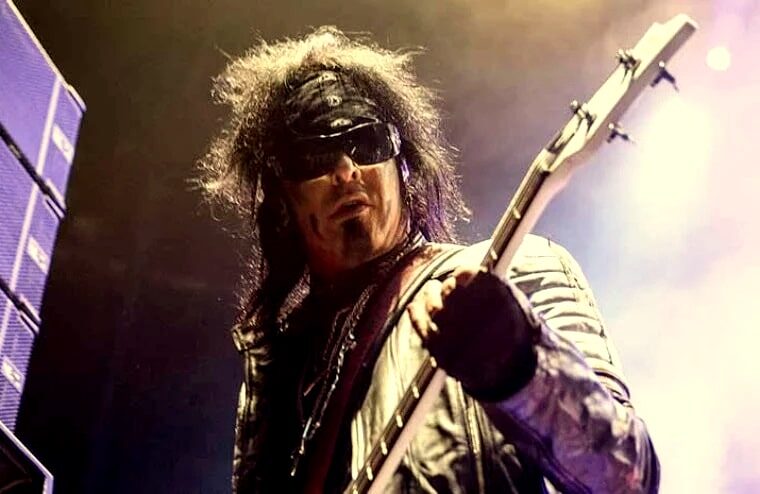 “The Crue” — an unauthorized play about one of the world’s most notorious rock bands, is set to debut at The Hollywood Fringe Festival on June 4. Directed by David Lucarelly, the “darkly humorous drama” starring Ryan Ruffing as Nikki Sixx and Philip Charlie Daniell as Crue manager Doc McGhee, claims to get “underneath the dirt, lies and truth” according to the play’s press release on Eventbrite. “Mötley Crüe are largely remembered today as the unrepentant, decadent, sleaze kings of the Sunset Strip,” reads the release. “The ultimate hair metal band that did more drugs, had more sex and got into more trouble than anyone else before or since. But their actual story is far more interesting, disturbing and inspiring than is widely remembered. As they stood on the edge of becoming one of the biggest bands in the world, for one brief shining moment, all things were possible. Neither a hatchet job, nor a snow job, The Crue is an intimate look at Nikki Sixx and the band he built into a cultural phenomenon. WHO IS THIS SHOW FOR? For all the diehard Crüe heads. For the more casual fan who may have seen The Dirt movie on Netflix and think they know what the band is about. For those who may have only heard their name and wonder why a “hair metal” band that formed 40 years ago is headlining stadiums today.”

After being made aware of the play, Sixx has taken to social media, and he doesn’t sound too happy with the production. “Fans of Mötley Crüe have asked about a new play by David Zucarelli’s [sic] called The Crue: Underneath the Dirt Lies the Truth,'” he said. “I was disappointed to see an advertisement using my image and our band’s trademark ‘The Crüe’ to promote this play. The advertising is misleading because it suggests that I and the other members of the band are somehow involved with the play. We have never been approached about this play, and Motley Crue has no connection or affiliation with this play whatsoever.”