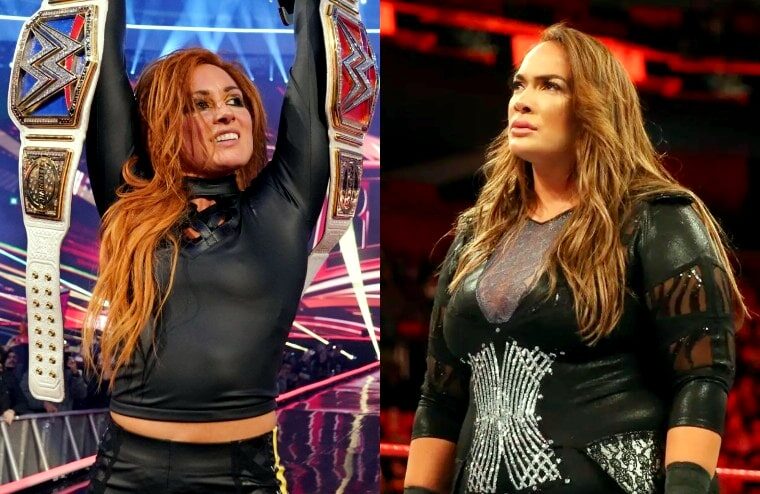 Three months ago eagle-eyed fan noticed that Becky Lynch had unfollowed Nia Jax on Instagram following the former WWE star criticizing people who say they stand with Ukraine but have been vaccinated. Now, another fan would ask Jax during an Instagram stories Q&A session on the app whether she has a good friendship with Lynch, and Jax would simply reply that she doesn’t think Lynch had a friendship with anyone and included a laughing crying emoji, as you can see below.

It’s known that Jax is good friends with Charlotte Flair, and the pair still hang out despite Jax no longer being part of WWE. This is relevant because Flair and Lynch famously feel ours during a live SmackDown segment where the two were meant to exchange title belts, but it fell into disarray when Charlotte went off script. The pair would subsequently argue backstage, and it’s understood their relationship has yet to recover, which could be what Jax is alluding to.