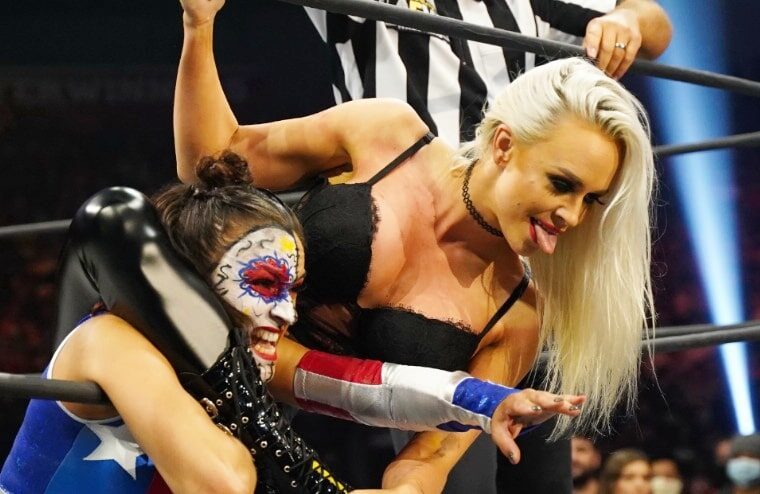 In recent years with trademark databases becoming so easily accessible, multiple big wrestling news stories have broken based on filing applications. And today, it appears that is again the case, as PWInsider.com has reported that AEW has filed for “All Elite Women” on Monday, believing a new television show is planned. The website even speculates it could be for a reality television show. Which would make sense seeing as the promotion has a gap to file with Rhodes To The Top ending. Additionally, it’s known the type of programming can attract new fans, with Total Divas being credited with bringing in many new female fans for WWE.

While not confirmed, it would appear the trademark is the first sign of a new wrestling series for AEW, this one focusing on the company’s women’s stars. If so, it would join AEW Dynamite, Rampage, Dark and Dark – Elevation as the fifth weekly outing for the promotion. One would think this is an in-ring product, but there’s always a chance this is a reality TV concept

Regardless of what AEW has planned for the trademark, it certainly looks like an exciting time to be a fan of their women’s division, with the company having a wealth of talent at its disposals, such as Jade Cargill, Paige VanZant, Ruby Soho, Dr. Britt Baker, Thunder Rosa, and Kris Statlander. However, it would be disappointing if this resulted in fewer women’s matches son Dynamite and Rampage, so hopefully, this is simply about additional exposure and experience.