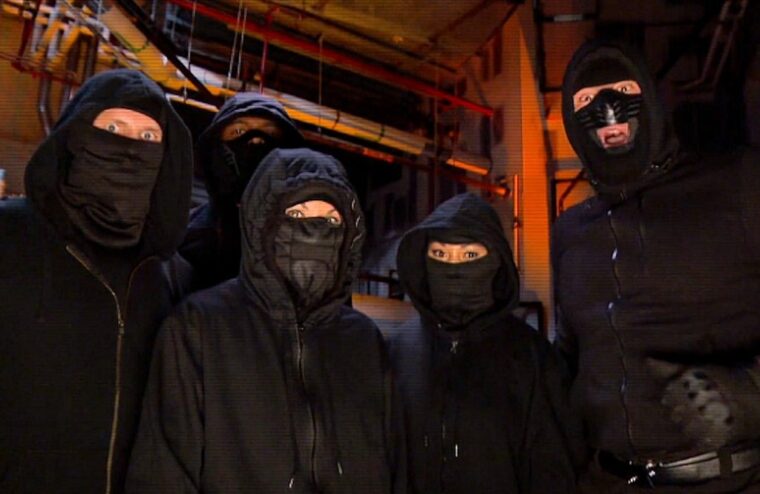 RETRIBUTION debuted on Raw on the August 3rd edition and since then been causing havoc in WWE. Fans wondered who the men and women under the black masks and wearing black hoodies were, and it wasn’t easy to figure out. It was so tricky to confirm because WWE would literally change those portraying the group weekly depending on who was at the tapings. It’s now understood WWE has settled on the main five group members, and according to internal roster records Dominik Dijakovic, Shane Thorne, Dio Maddin, Mia Yim, and Mercedes Martinez are RETRIBUTION. The rest of the group at present are interchangeable extras.

We would begin to find out more about the group’s motivation based on a video promo during last night’s Raw. RETRIBUTION appears to be disgruntled wrestlers from the Performance Center who are upset about perceived empty promises, lies, greed, and betrayal. They’d go on to ruin the main event between Drew McIntyre and Keith Lee, before brawling with the Hurt Business.