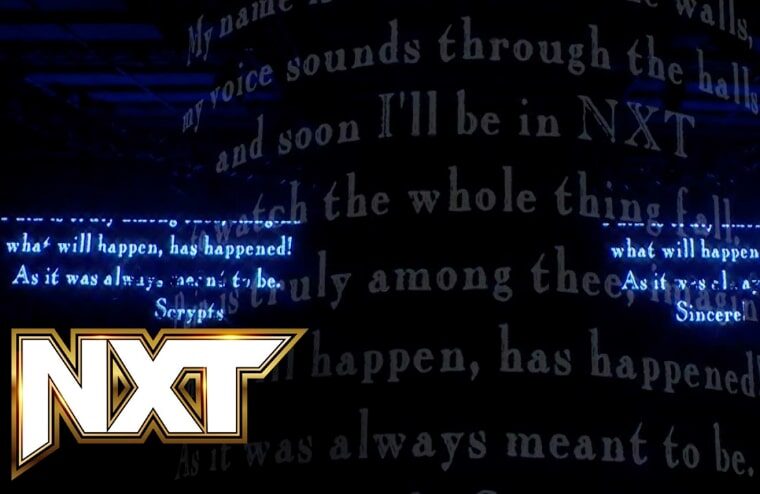 For the past month, a mysterious wrestler called Scrypts has been leaving messages on the Performance Center voicemail, and videos have aired on NXT threatening an invasion. And finally, it has been revealed that Scrypts is former 24/7 Champion Reggie in a mask, returning to television to defeat Guru Raaj in a short acrobatic match. Yet rather comically, despite it being obvious it was Reggie due to the mask not totally covering his face, the commentary teamed pretended not to know who he was while fans chanted “Reggie.“

29-year-old Scrypts previously performed for Cirque du Soleil before signing with WWE in 2020 and would debut in SmackDown less than a year later alongside Carmella, at one point wrestling Sasha Banks in an intergender match. He would later manage Nia Jax and Shayna Baszler on Raw before beginning to pursue the 24/7 Championship, which led to him holding the title for 133 days over four reigns and getting into a kayfabe relationship with Dana Brooke.