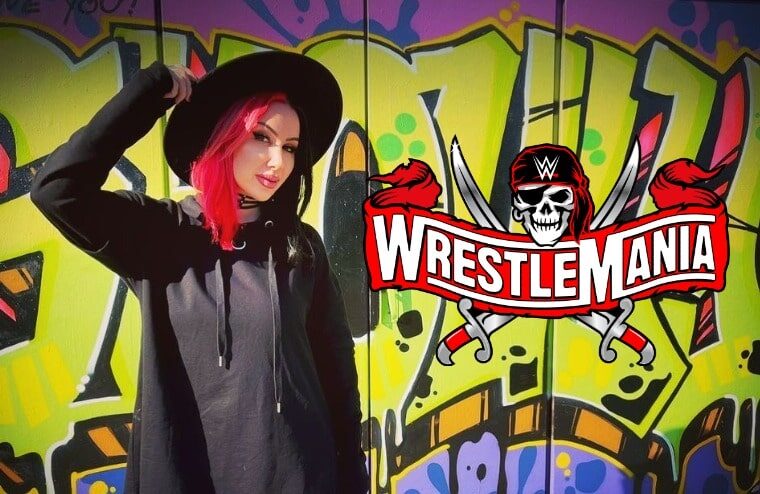 Apart from having famous singers perform America The Beautiful (Bebe Rexha this year) at their showcase event, WWE has also had multiple bands perform for wrestlers’ entrances at WrestleMania. These include Motörhead, Limp Bizkit, Saliva, Living Colour, Rev Theory, P.O.D., and Joan Jett. Now it’s been revealed that Ash Costello will be in attendance for night two to perform Brutality for Rhea Ripley’s entrance. This was confirmed by Costello herself earlier on Monday via her Instagram account with her posting the below.

By overwhelming demand, I am so excited to announce that I will be performing #Brutality LIVE for the most bad ass @rhearipley_wwe at #wrestlemania37 ! If you’re ready and will be watching, leave some 💪🏻🤘🏻⛓❤️🖤 below!!!! I am honored to sing in support of such a genuine and strong woman! and as a wrestling fan, excited to a part of something I love. YOUR support made this dream a reality. Now this is all of our moment together.
Ash Costello

Costello is the New Years Day’s lead vocalist and has been with the band since 2005, when they started out as a MySpace band. They’ve cited Linkin Park, Depeche Mode, Joy Division, KISS, The Misfits, Marilyn Manson, and Rob Zombie as influences. Their highest-charting song is Shut Up from their 2019 Unbreakable album, which Loudwire named as one of the 50 best rock albums of 2019.

This will be very cool for Ripley, who only debuted on Raw a few weeks ago and is already challenging for the red brand’s Women’s Championship due to Charlotte Flair being incorrectly believed to be pregnant. As of writing, oddsmakers consider her to have a 76% chance of leaving WrestleMania with the belt.