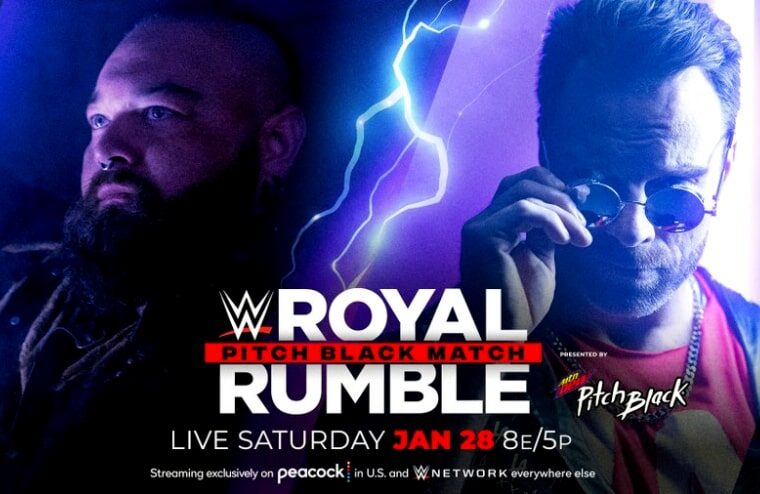 WWE recently announced a “Pitch Black” match between Bray Wyatt and LA Knight for the Royal Rumble, and apart from a brief hype video showing an arena in the dark, very little else is known. Although Knight would say he’d been told it was a street fight type of match while appearing on the After The Bell podcast. And now Fighfulful Select has reported that the bout will feature neon lighting for fans to witness the match.

Fightful Select has learned that there are “neon” elements to the Mountain Dew Pitch Black match at Royal Rumble. They’ve been doing some run throughs for the match.

The name for the match comes directly from the Mountain Dew drink of the same name, and while it doesn’t matter, some will likely find humor in WWE naming a match after a type of soda. However, the company has shown in the past it can make big money from such arrangements, as a partnership with Netflix last year involving ringside zombies to promote Batista’s Army of the Dead movie pocketed the company a cool million dollars. So given that, it wouldn’t be surprising to eventually hear WWE made a similar month for a tie-in with Mountain Dew to promote Pitch Black.