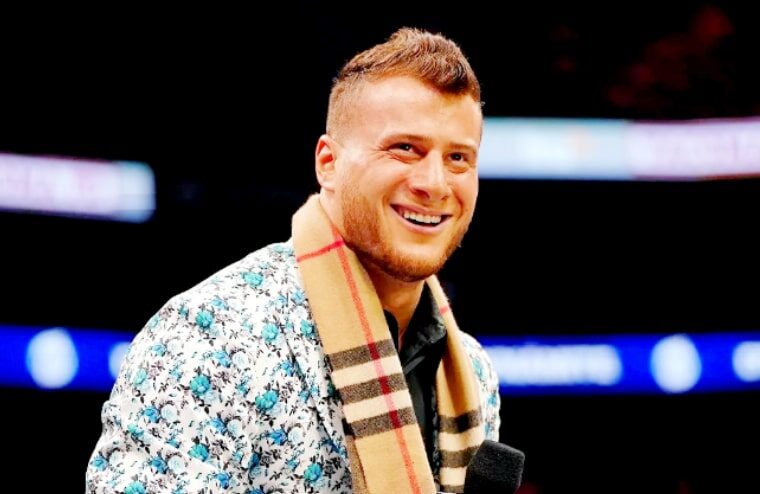 It had been rumored for some time that MJF was unhappy with his AEW contact because talents like Bryan Danielson and CM Punk joined the company on far more money than him. And whether by design or not, it ended up becoming part of a storyline that saw MJF take a three-month hiatus from the company before returning at All Out.

Now, while being interviewed on The MMA Hour with Ariel Helwani, he has revealed he has really signed a new contract with AEW for more money and confirmed no extension was included. Meaning he will still be a free agent in January 2024. Additionally, and clearly, in character, he would discuss what he did when off television, revealing he mainly stayed home but did visit Italy.

It got done. I’m back. I’m making a stupid, absurd amount of money now, and I didn’t have to sign a contract extension.

When I went home, I made it very clear to Tony Khan, “Pay up, or daddy doesn’t show up.” Fact. I took my now beautiful fiancée to Greece for two weeks. On the last three days of the trip we went to Venice in Italy. I then went home, and I stayed home. I did not leave my home because I did not one single solitary wrestling fan to see me out in the wild. They don’t deserve to see me unless I’m getting paid to be seen.

That’s why the greatest trick the devil ever pulled was convincing the world he does not exist, which is exactly what I did for three straight months. I take what I do very seriously. If you want to see a star, pay to see a star. I stayed in my home. I went to a gym inside of my home. I did not leave my home. The only time I left my home was for those two weeks. I was committed to making sure that, if any wrestling fan wanted to get a taste of MJF, MJF needed to get that money, and I did.

When MJF’s deal expires, it seems inevitable that WWE will offer him a lucrative contract. However, Tony Khan is more than capable of financially competing with anyone. Therefore MJF will likely be far more than the “stupid, absurd amount” he is currently earning. Ultimately it will probably come down to creative plans, and Khan now has 15 months to convince him that AEW is the place to be, which may not be easy with Triple H’s version of WWE already earning many plaudits.